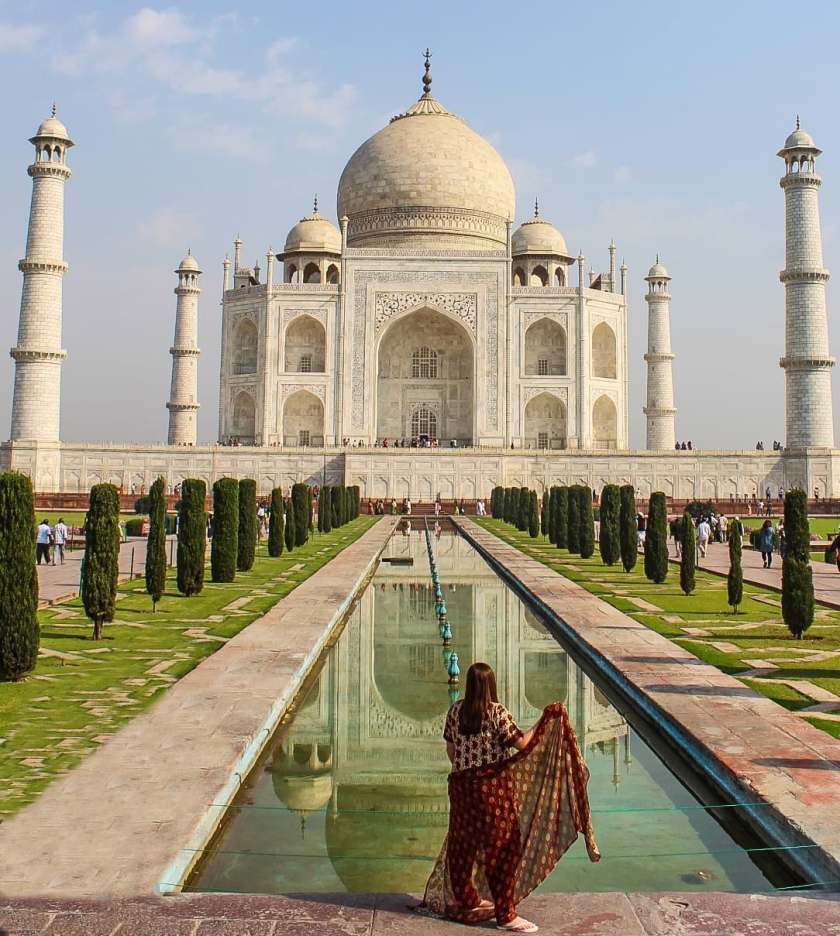 Before going to India, I did some research on what to expect culturally, food, and how to dress. However, there were some things I wasn’t prepared for and would like to share them with you so you aren’t left in confusion. If there is anyone who has been to India or is from India and feels like there should be changes to this list or you have something to add to the list, please comment below.

1. Clothing: Ladies, I realize it is super hot in India… you will be in a constant state of “dampness.” However, India is a very conservative country and you should be respectful of that with your wardrobe. Typically is not acceptable to show your knees or shoulders or wear tight yoga pants into the mosques and mausoleums. Even walking down the street you will get stared at if you are showing your knees and shoulders. Some places require you to cover your full arms, legs, and some times your hair as well. THE EXCEPTION is when you go to the coast like Goa or to the islands where there are beaches. Then you can wear what you want, but will notice most Indian people wearing full clothing in the water at the beach.

Clothing suggestions: Breathable fabric pants (Harlem pants), Printed t-shirts, Maxi dresses or Maxi Skirts, khaki pants and a Sarong to tie around waist or drape over your shoulders. I also purchased a cheap “Salwar Kameez” while I was there. It is a traditional Indian pant suit that was actually very comfortable in the heat. Don’t be afraid to wear bright colors, I wish I had to brighten up my pictures.

2. Food: India is known for it’s spices, especially black pepper (not ground up). They will marinate food with full pepper for hours letting off an intense spice. Indian food in India is much spicier than Indian food in the US. I found if I asked for a “little spice” it would still come out burning my mouth and insides like I just ate lava, but if you ask for “NO SPICE” it comes out with a little spice.

3. Lines: THERE ARE NO LINES IN INDIA. Really. Even if there appears to be a bunch of people lining up, if you leave even a little bit of space, it is free game for anyone to walk in front of you. If you are next in “line” and are called to the counter, but aren’t paying attention, no one will tell you it’s your turn, they will simply walk in front of you. Get use to it, don’t take offense to it, but be aggressive and take your turn or you will never get to the front.

4. Traffic: While there are certain sides of the street they are suppose to drive on, traffic rules are not really put into effect. You will notice drivers using their horns perpetually. I noticed they are used for many reasons such as, “get out of my way,” “I’m on your side, don’t hit me,” or “you’re getting too close to me.”

5. Crossing the Street: India has crosswalks, so you would assume it would be safe to walk across the street on those. No, they are just for decoration. Using the crosswalk is the same as just crossing in the middle of the street. My suggestion is follow a local when they cross the road, join a large group that is crossing the road, or wait for a small break in traffic, even if cars are still coming, and walk half way while putting your hand out and then the same on the other side to finish crossing the street. Walk with confidence… but most importantly, pray.

6. Metro: The metro is a great and cheap source of transportation. Typically, wherever you are going it will cost around 40-60 rupees (less than a dollar USD). Most important to know about the metro are 2 things. One: you need close to exact change to buy a token at the window or they get super annoyed or don’t have change for you and Two: either the first or last cart of the metro are specifically for WOMEN ONLY! Women are allowed anywhere are the metro, but if a man tries to ride in the women only cart he can “face punishment.”

7. Con: At the end of may hotel driveways there will be a bunch a men waiting for you. They will say anything to gain your trust, such as trying to convince you they work with your tour group or work for the government and know places you should go so you don’t get ripped off. Typically they will have a tuk tuk driver waiting and offer you a very cheap ride to wherever you are trying to go. They are paid by certain shops to drive in your business. If you end up at a suit shop, you’ve just been conned. Basically, don’t trust anyone outside of your tour group that you haven’t previously met.

8. Markets: It is best if you don’t keep your money all together. You are always being watched. If you pull out a wad of money, you are a target to be pick pocketed of for someone to try and uncharge you. It’s expected that you will haggle in the markets. Whatever price they give you, go more than half lower, when they laugh and say “no,” start to walk away and all of a sudden the price will get even lower. The more times you try to leave, the lower the price will go. People in the markets and those selling on the streets are fairly aggressive. In other countries I’ve been to, they want you to come “look at my shop,” but will never put a hand on you. In India, they will grab your arm, or shove items in your face, follow you for blocks, and nudge you to get your attention. Hold onto your things tightly, and keep walking away.

10. Caucasian People: If you are a “white” person, especially with blonde or red hair, you will be asked to have your picture taken… like a lot. People visiting from smaller villages have never seen a white person before and they are “intrigued.” Also, there are those who don’t ask and just take. I was staring off at some of the carvings at a mosque and all of a sudden a guy walked up, put his phone of selfie mode and took a picture with me before I even realized what was happening. I suppose this is what famous people feel like.

11. Camcorders and Tripods: Leave them at home. Tripods are not allowed at any mosque or mausoleum and there is an extra charge for camcorders at most tourist destinations. This was a law passed before cellphones came out with the ability to record. Your phone is ok, but taking videos is not permitted even though you will see people doing it. Some places will have a charge (300 rupees) for each camera you bring in (phone, GoPro, camera)… if you brought in all three that would be 900 rupees (around $16 USD)

12. Water: Don’t drink the water. Don’t even brush your teeth with the water. My guide suggested we use bottled water to brush with and wash our toothbrushes off. When you buy a bottle of water, make sure it’s properly sealed. Some places will refill bottles and glue the top back on.

13. Beggars: Just know that many children, women holding babies, and handicap people will come up to you and put their hand out requesting money. They will follow you for a while. Don’t feel like you have to give them anything because there are A LOT of them. It’s sad, but it’s reality.

— India is a beautiful country with everything from the city, beach, mountains, safari wildlife, rich history, hospitality, and delicious food!  As with any place you travel, it’s good to have an idea of what to expect when you leave your own social norms.

Pin it now and Read it later 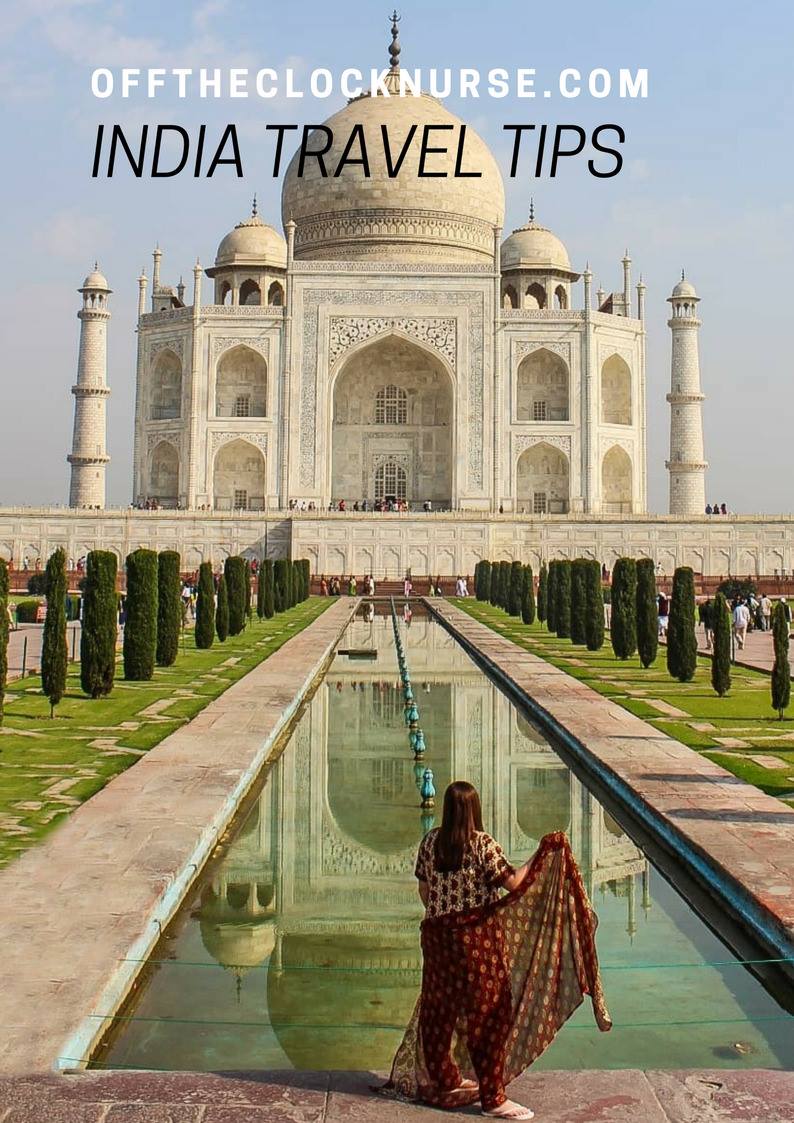