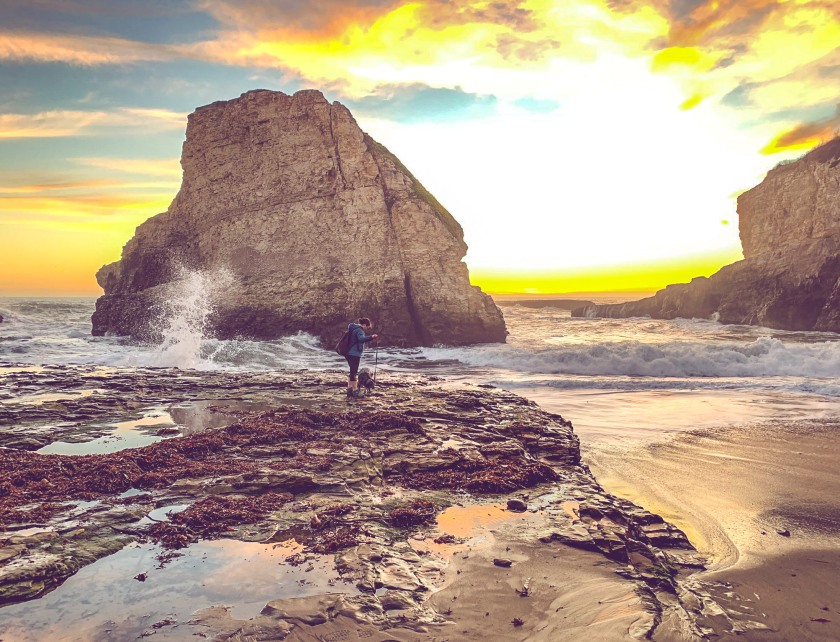 If this is your first time reading the OffTheClockNurse blog, let me explain the type of life I live. I am a Traveling Operating Room Nurse and take 13 week contracts all around the US. This was my first time in Northern California, and I wanted to share some of my favorite places to check out if you are ever in this area. My contact location was in San Carlos, CA, about 30 minutes south of San Francisco and 20 minutes north of Palo Alto. Let’s get started…

The famous Golden Gate Bridge is VERY popular, but a must see. You can even walk across it. I’ve seen it so many times in movies, so it felt surreal seeing it in person and how massive it is. It opened in 1937, runs for about 1.7 miles, with around 110,000 cars driving on it on a daily basis, and is one of the most iconic bridges in the world!

Alcatraz Island, located 1.25 miles offshore from San Francisco, has so much history. What started as a military fort back in the civil war, turned into a federal prison for some of the most notorious criminals, was later shut down and occupied by Native Americans during a protest to reclaim land. Unfortunately, the government decided to take it back .. again.. even though it had been abandoned for years. It was then turned into a National Park. I’m glad that they have information that talks about the Native American occupancy, since I had never heard of it until visiting.

Museum of Ice Cream… Is it worth it? At $38 for an entry ticket, what do you really get? About five minutes to dive into the fake sprinkles pool and free roam of the rest of the facility… And ice cream all along the way. For me as a social media person and my love for sweets and ice cream, it was worth it. It was fun going and taking pictures while indulging in frozen treats and cotton candy. But I will say, it’s not for everyone and there are a ton of kids running around too.

San Francisco Ferry Building is a large Market place to buy fruits and vegetables, along with coffee shops, restaurants, and local merchandise. The doors opened in 1898 and was the top mode of transportation for anyone trying to reach the city. As ferries became the obsolete mode of transportation, the building was changed into office space until an earthquake in 1989. Finally, in 2003, the doors reopened after many renovations as a market place. (Be sure to stop at SideKick Cafe for the tomato soup and grilled cheese sandwiches) 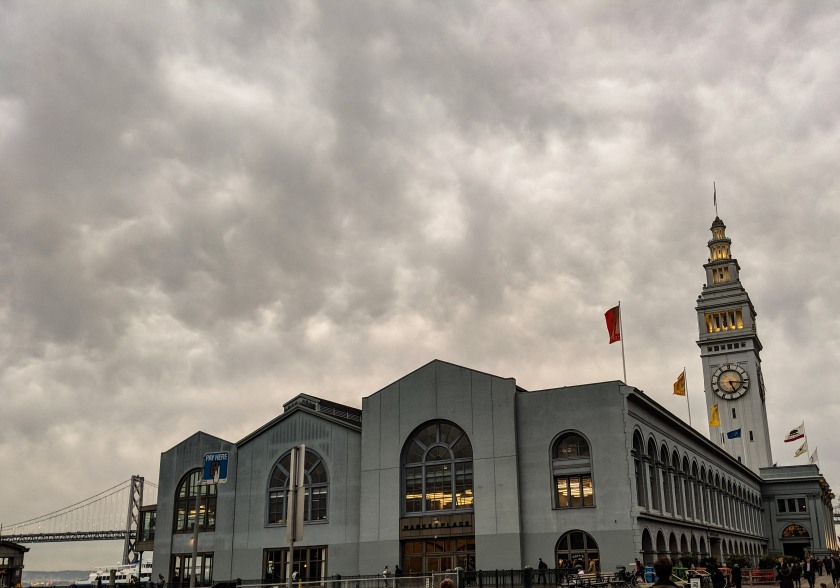 Stop by to see the Sea Lions sunbathing at Pier 39

Did you know San Francisco has a bunch of swings randomly located around the city? One of them is located at the Bernal Heights Summit. This place is also a dog park and has great views of the city. 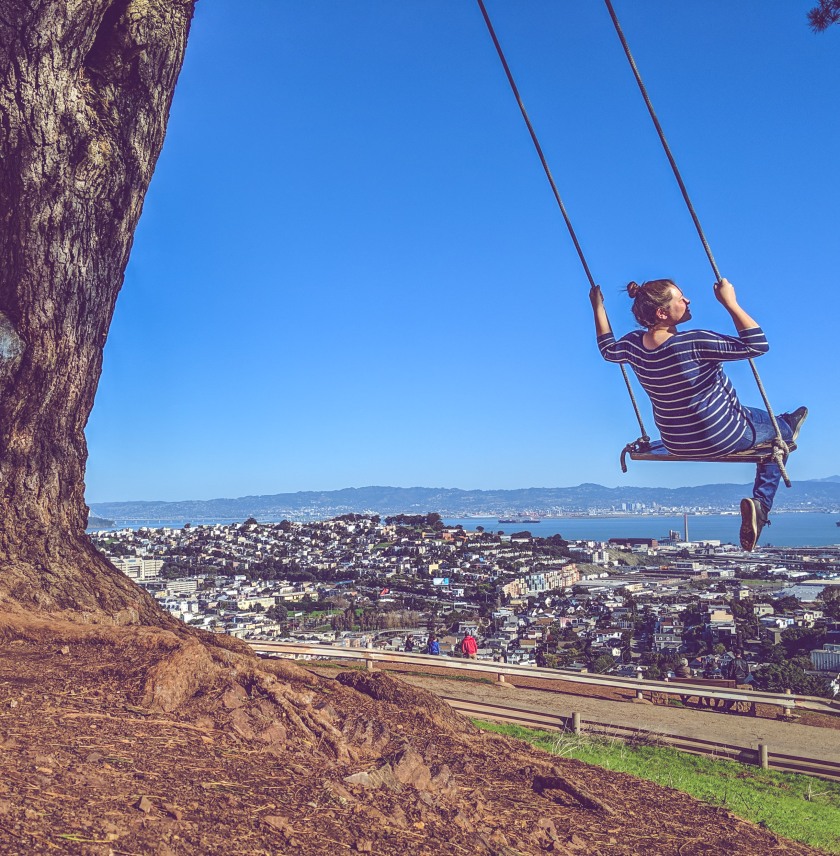 Boardwalk located on the beachfront in Santa Cruz, still has the carousel that functions with some of the original pipes from 1894. There are other rides and food stands. 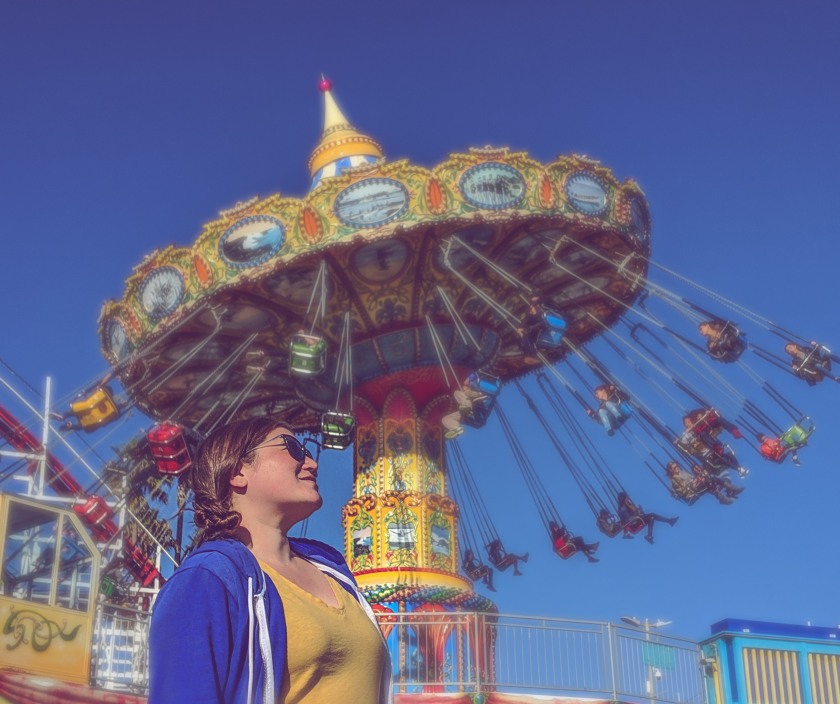 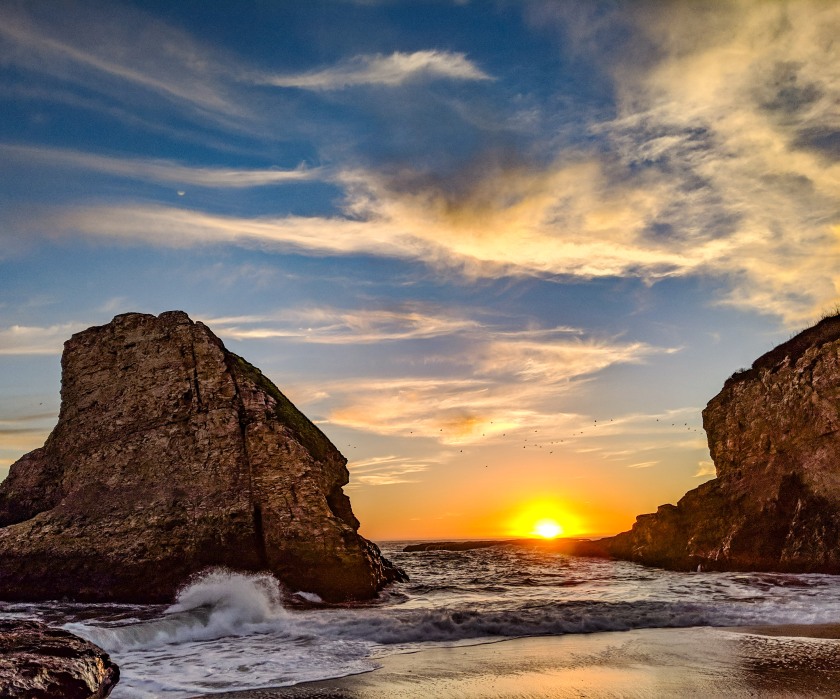 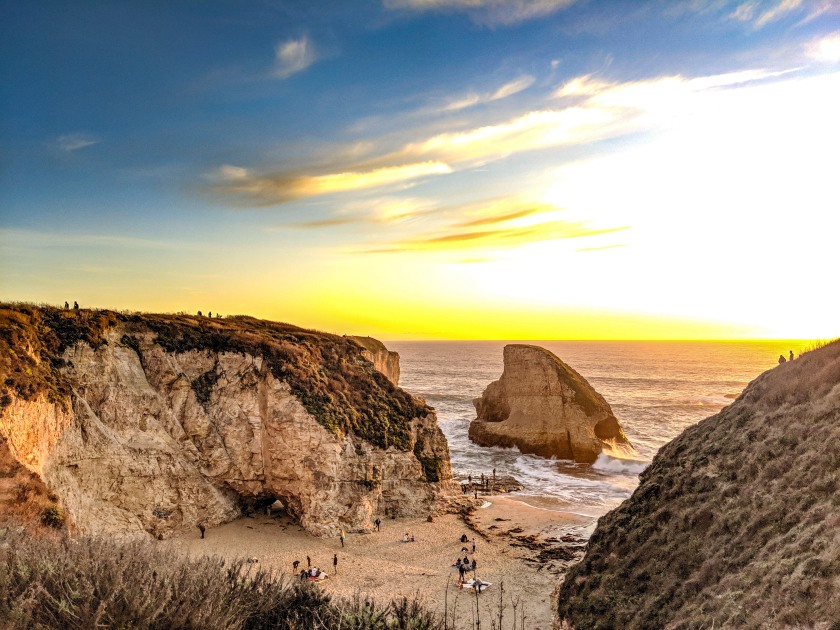 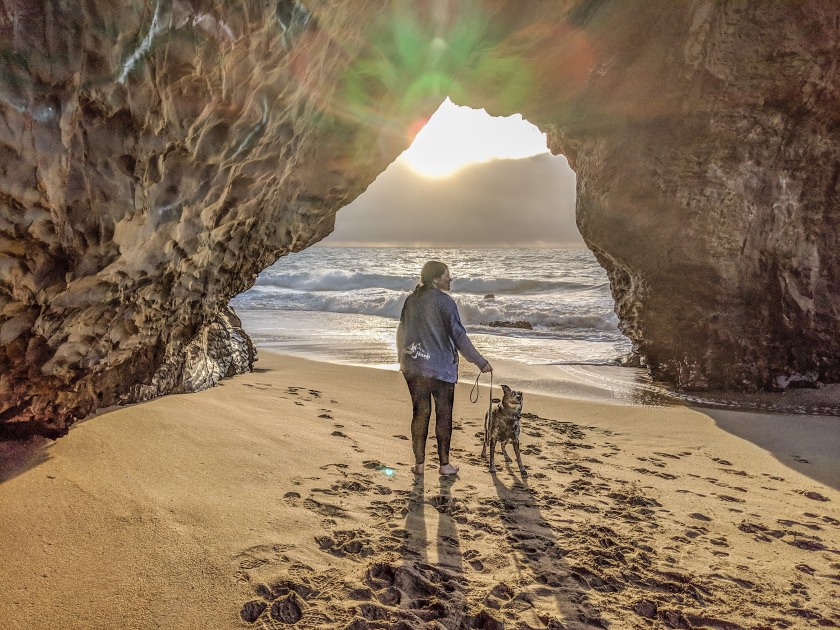 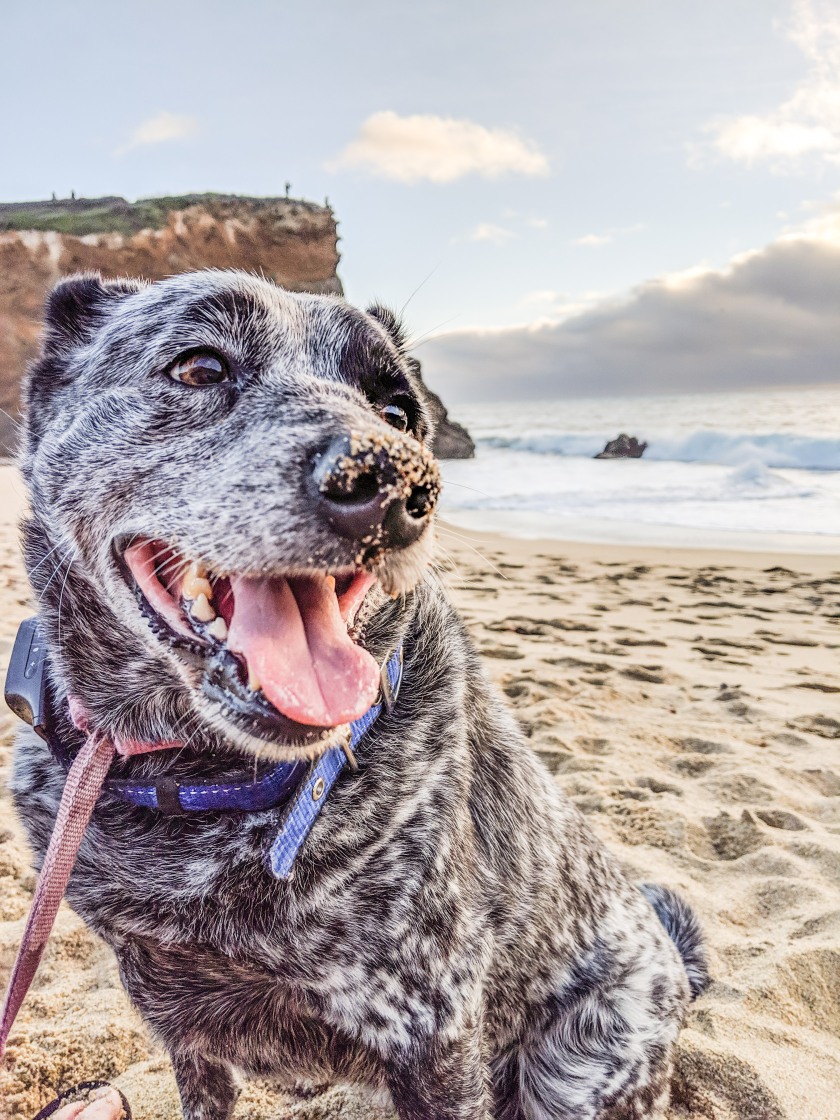 On the way to Santa Cruz is the Henry Cowell Redwoods State Park. The towering redwoods had burnt marks from previous fires, but shows just how resilient these trees are. Another one to check out is Muir Woods National Monument is another redwoods forest in the San Francisco area. 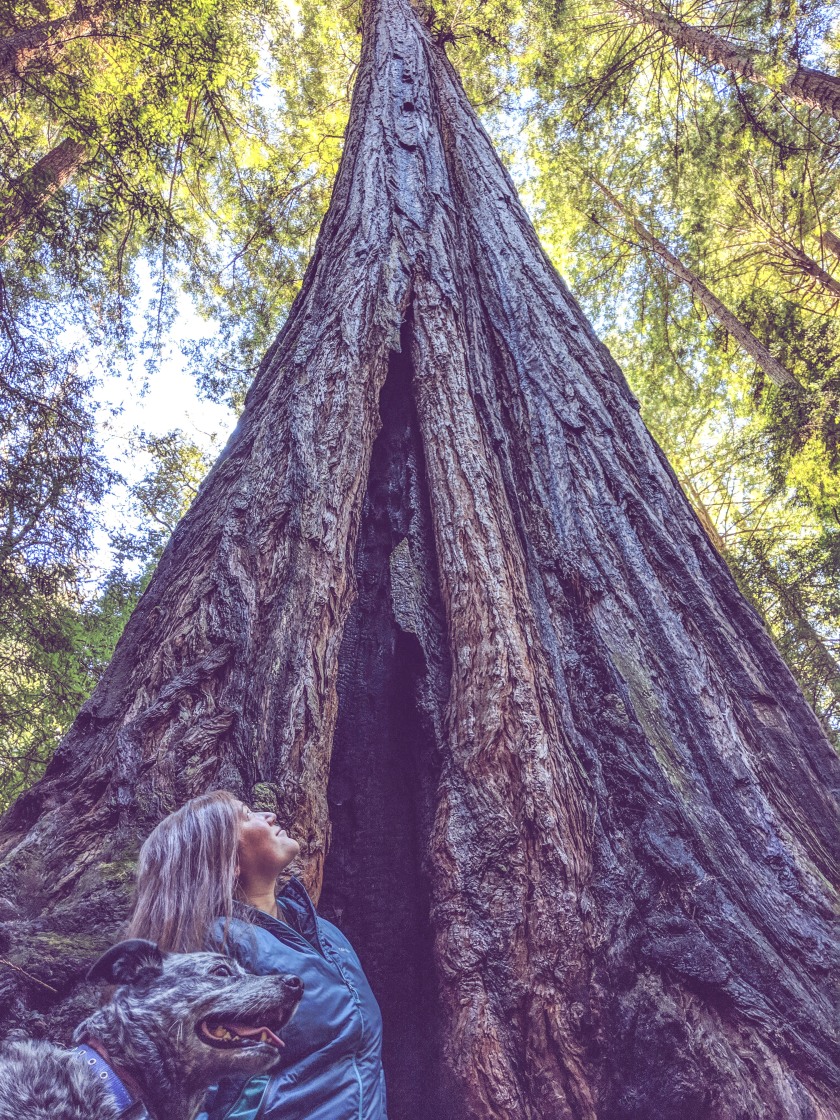 About 3hrs south of San Carlos is some of the most beautiful coastline in California.

17 Mile Drive is a popular drive around multi-million dollar houses built into the ocean cliff sides. Stop and see the Lone Cypress Tree that has been standing for over 250 years 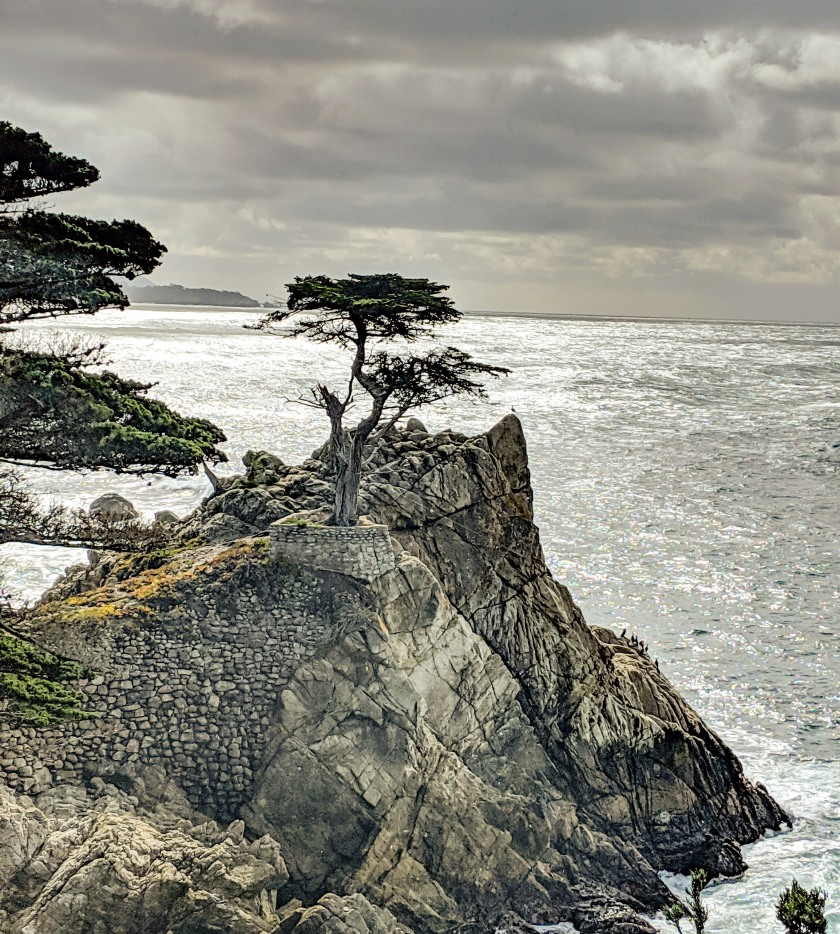 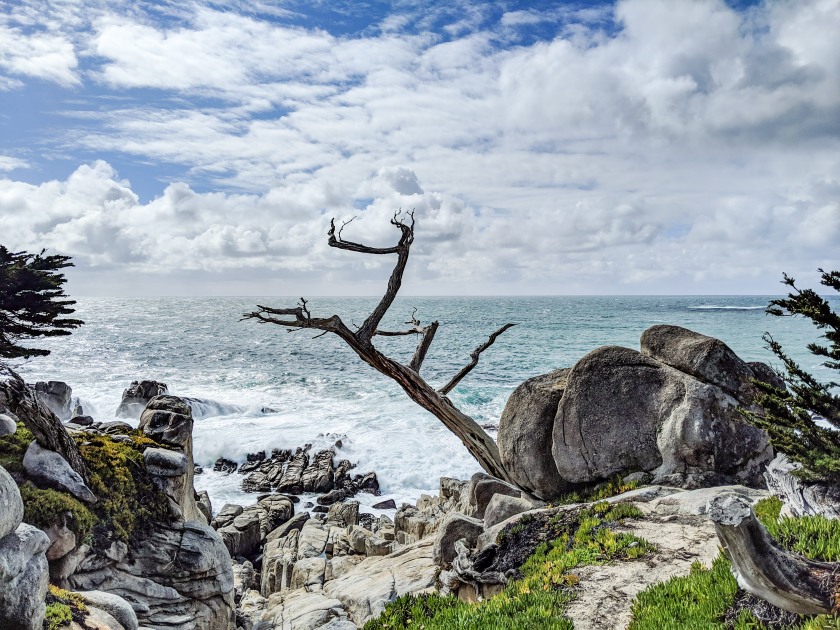 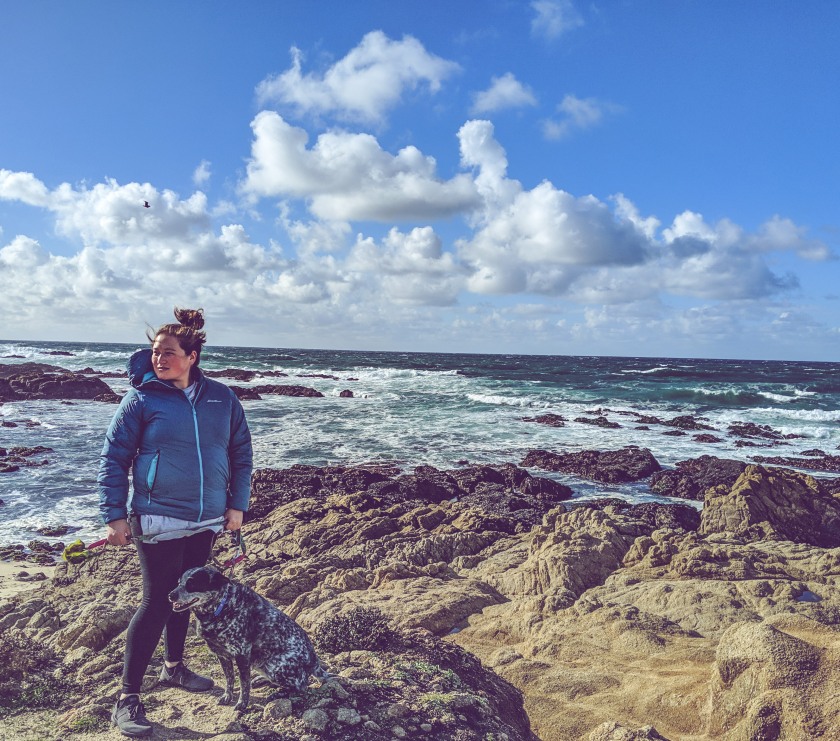 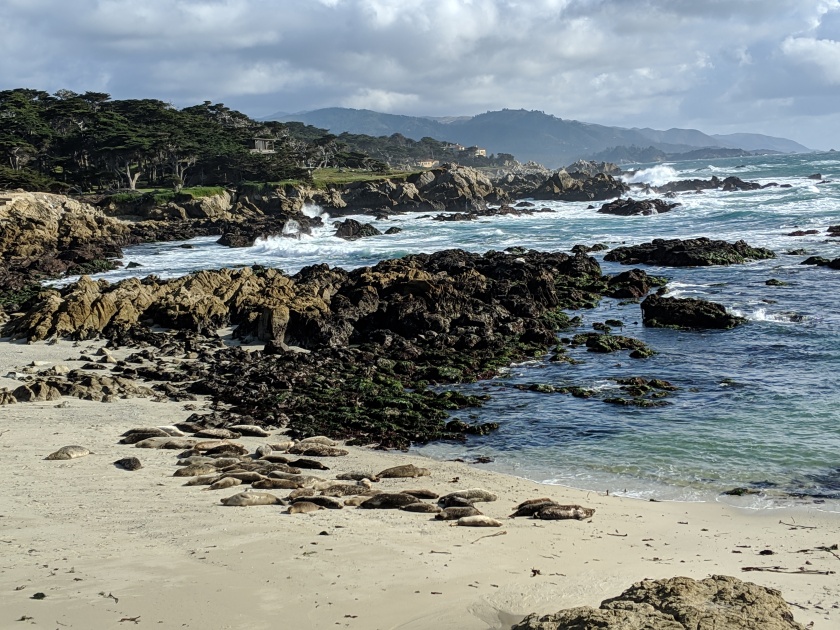 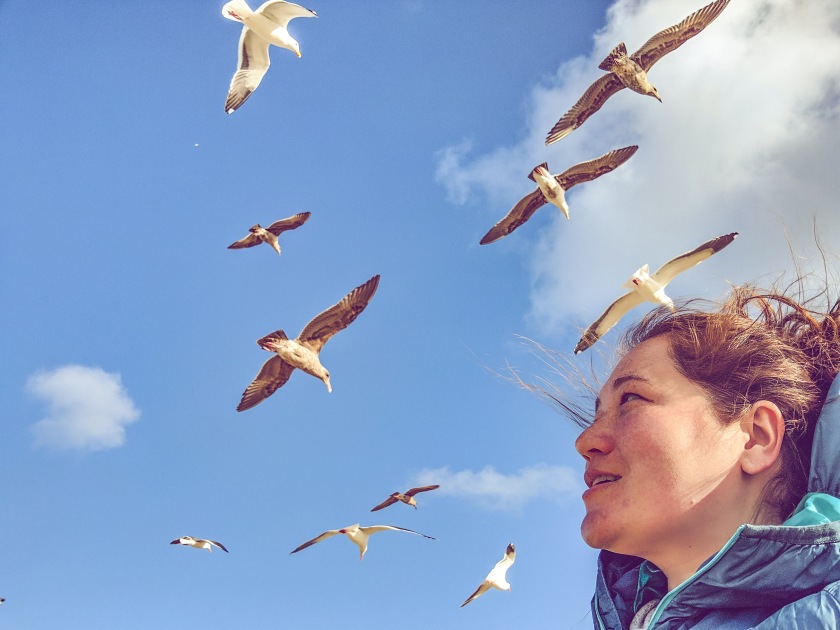 From Monterey, it’s another hour drive on a winding road to Big Sur.

During the drive, take in the beautiful sites of ocean on one side and huge tree hills on the other. 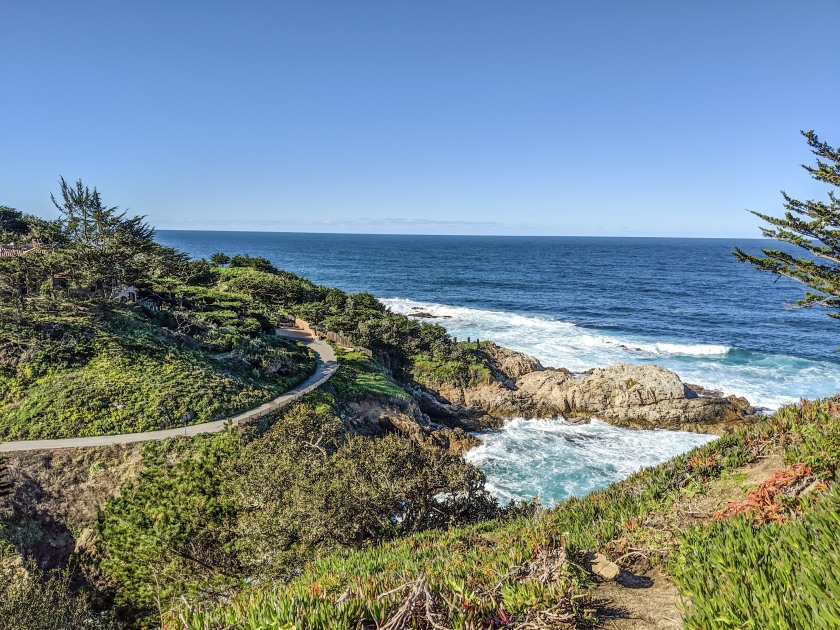 Bixby Creek Bridge was constructed in 1932. Many people stop here to take pictures due to the magnificent nature surrounding it, and the esthetics of the bridge itself. 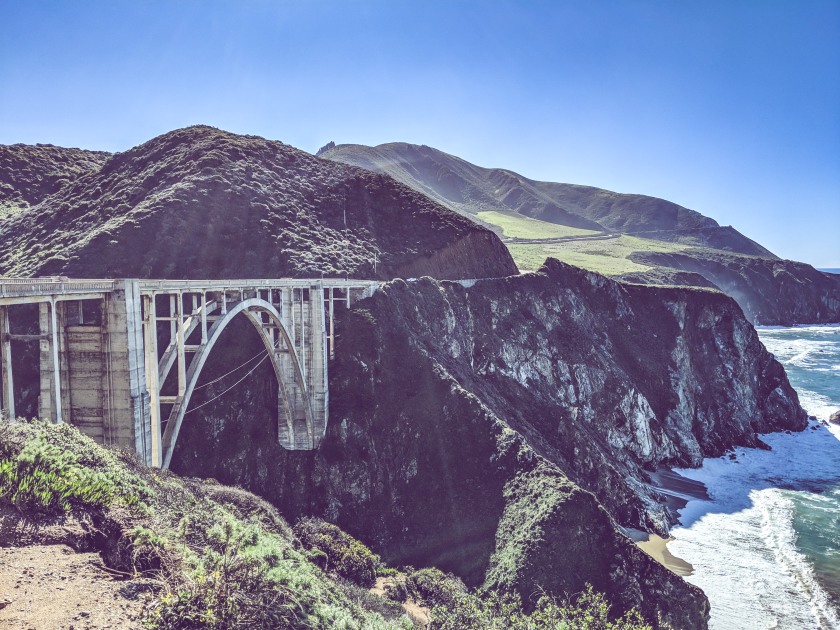 McWay Falls, located in the Julia Pfeiffer Burns State Park, is an 87 ft tall Waterfall that runs year round. There wasn’t a way to get down to the beach when I was there, but I could have sat at the top and watched it for hours. 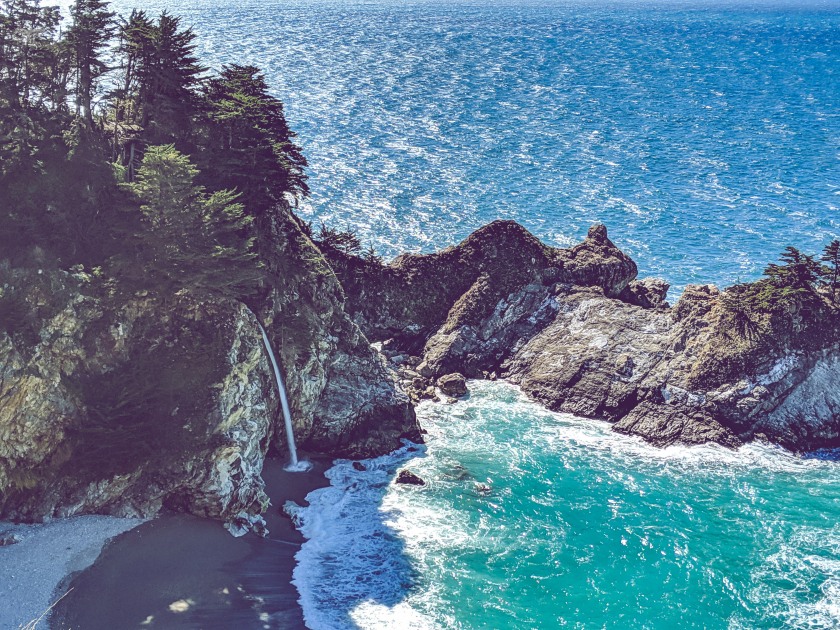 Nepenthe is a restaurant located north of McWay Falls. It’s spendy and a long wait, but with some beautiful views. 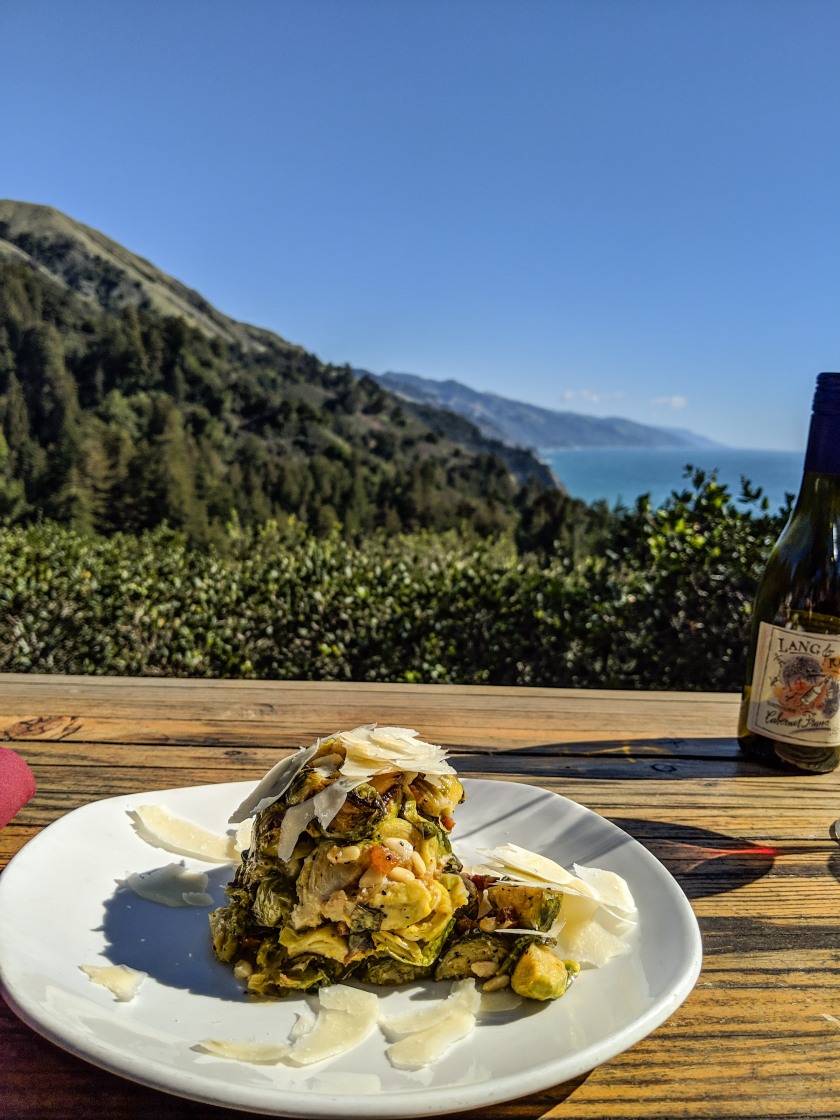 A halfway point between San Francisco and Halfmoon Bay, Pacifica is a nice day trip for a couple hours.

Devil’s Slide Bunker was used during WWII as a triangulation station, where the military would keep watch of the ocean for missle attackers. By 1949 it was shut down as more advanced methods came into play. Now the building is covered in graffiti and sits upon the remaining rock. 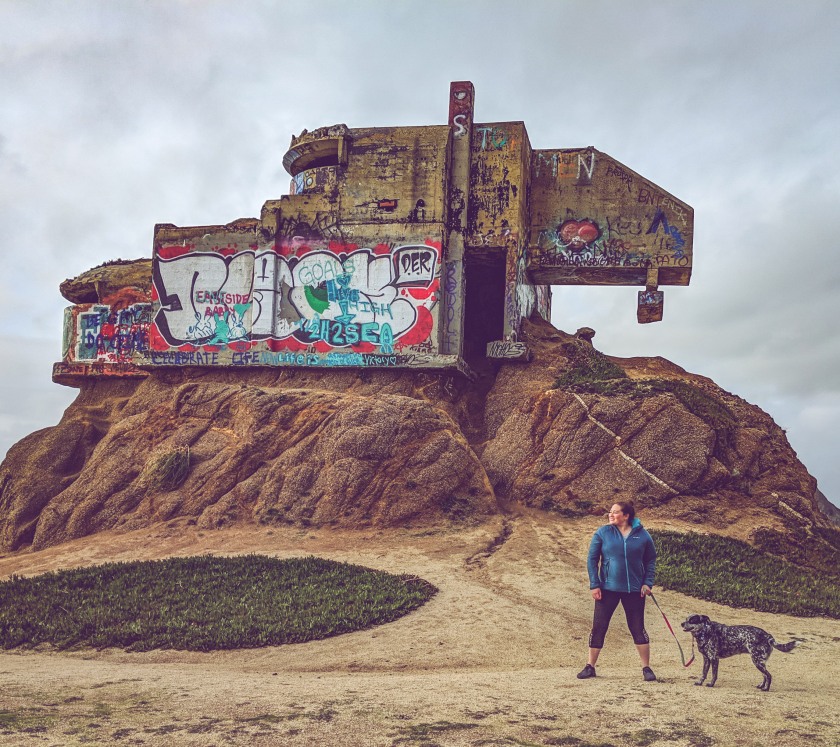 A short walk from the Bunker is Devil’s Slide Trail is a 1.3 mile hike that is paved for runner, bikers, and equestrians. There are benches to rest on to watch the beautiful skyline and ocean. The other side you can see the tectonic plates that have shifted from past earthquakes. 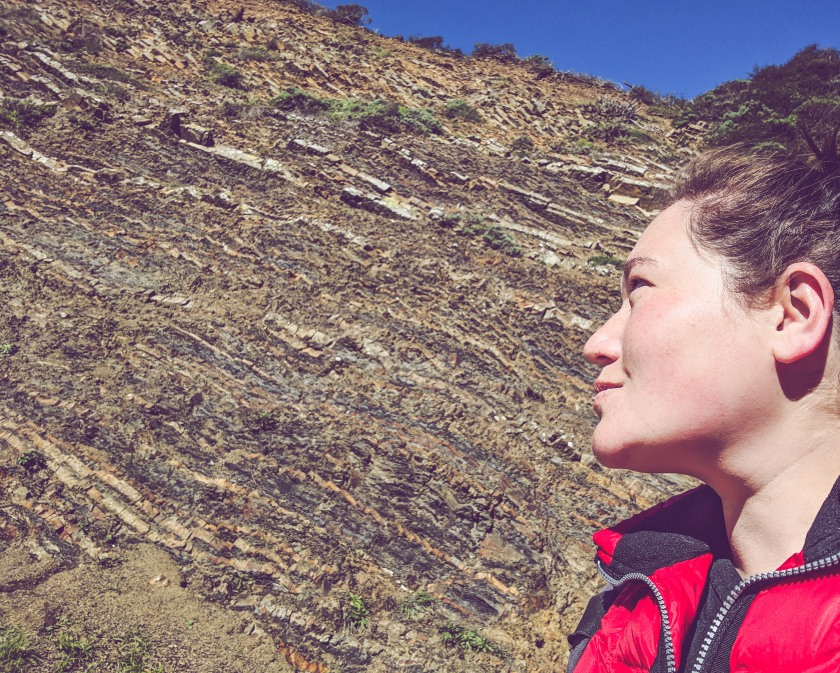 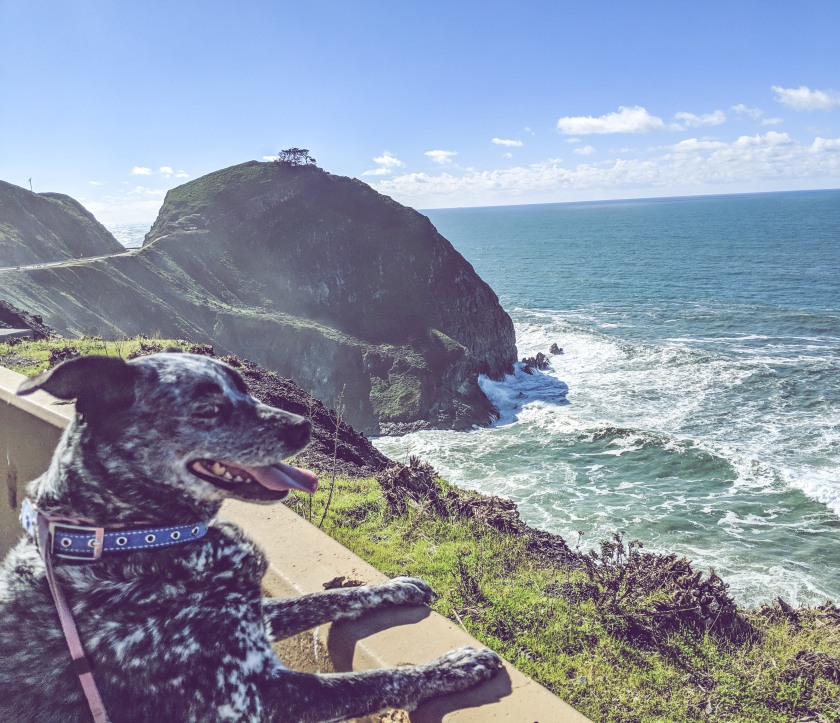 Point Reyes is about 2.5 hours Northwest of San Carlos and a large breeding ground for Elephant Seals. During the month of February and into March the elephant seals start to have their pups that will feed from the mothers for a month before being sent off to fend for themselves. The best place to see them is on Drakes Beach. 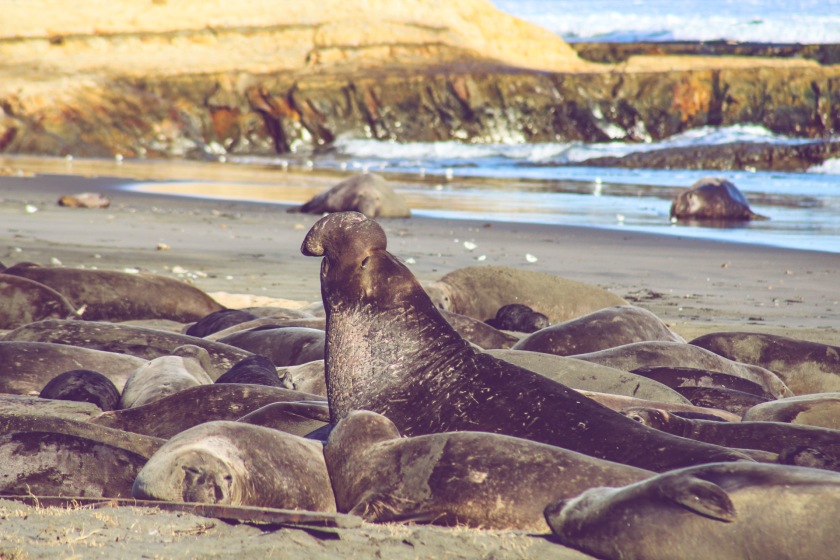 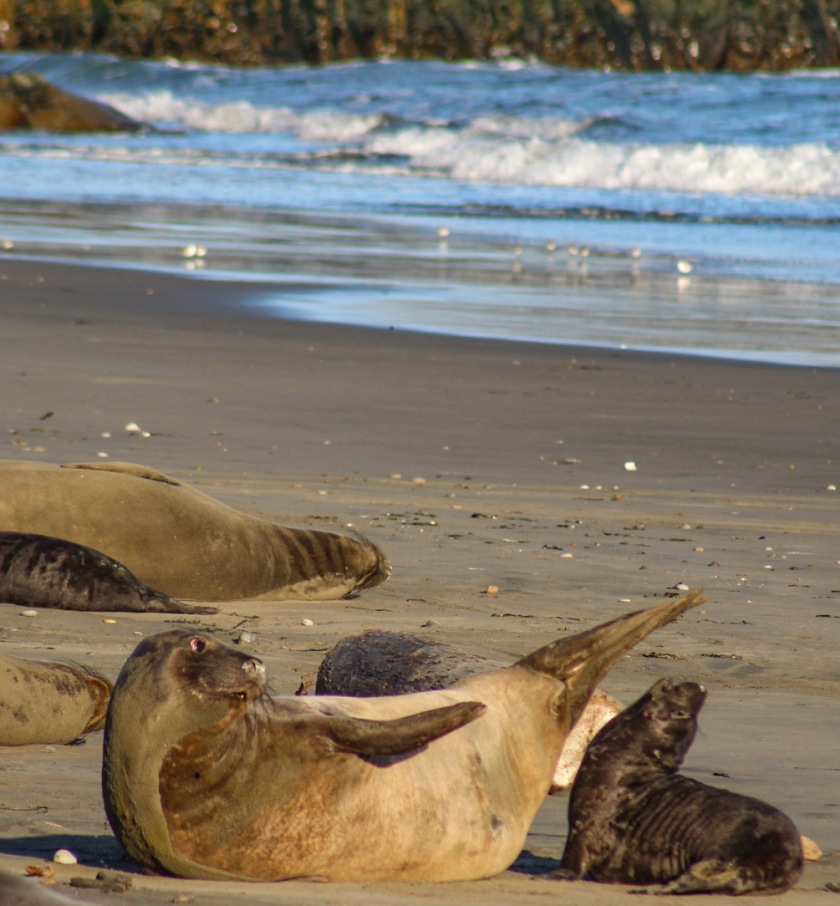 Elephant seals is just one of the animals you can see in Point Reyes National Park. If the lighthouse is open, it has been a viewpoint for Grey Whales since 1870, however, it was closed and under construction when I was there. Look to the skies for different marine birds. This area has many farms on the land with cows and even caribou. 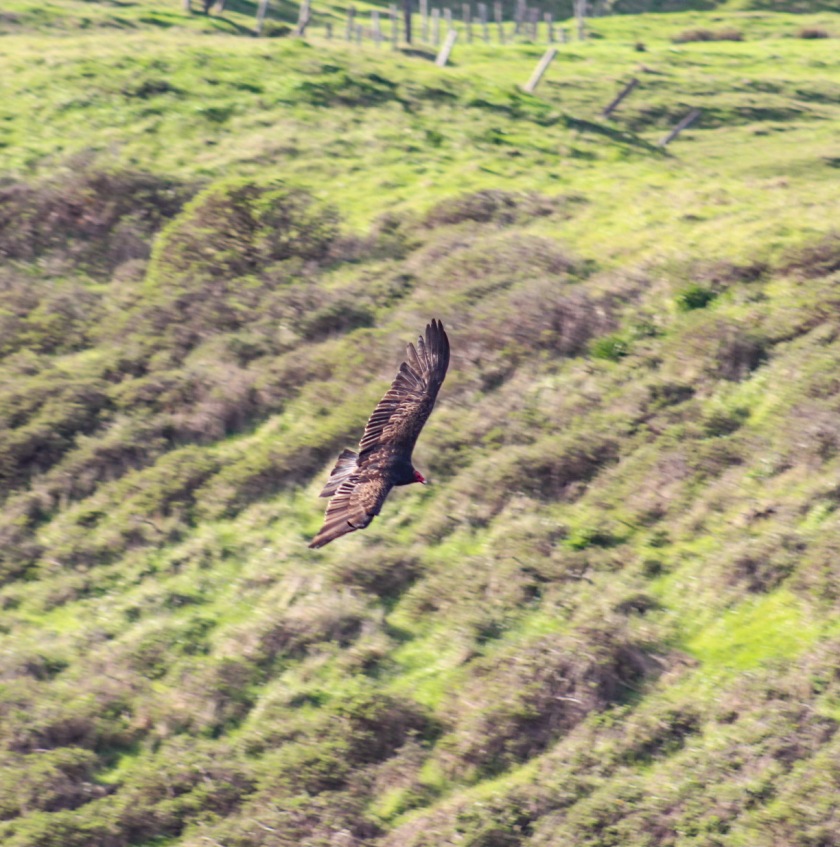 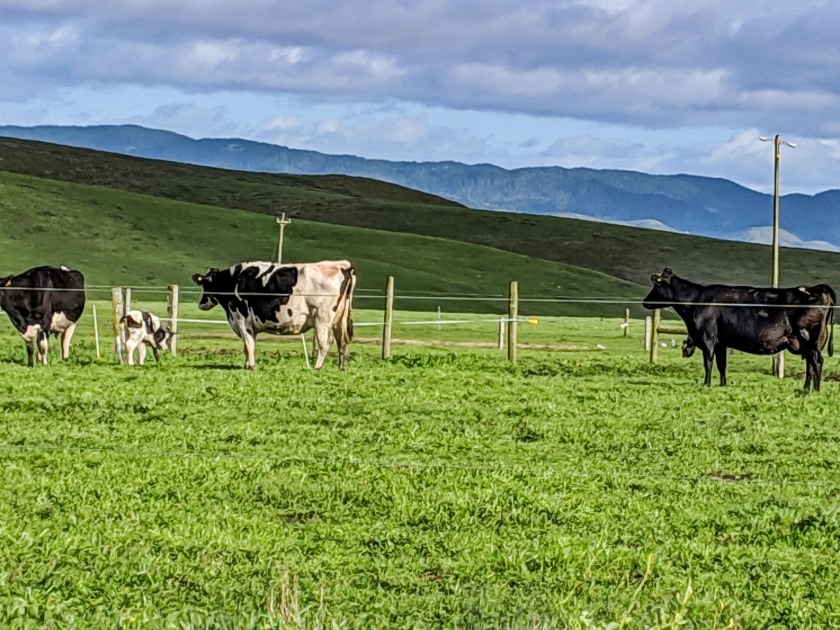 Chimney Rock is another place you can see elephant seals from a distance, but I highly suggest taking the walking trail to the end for some gorgeous views. 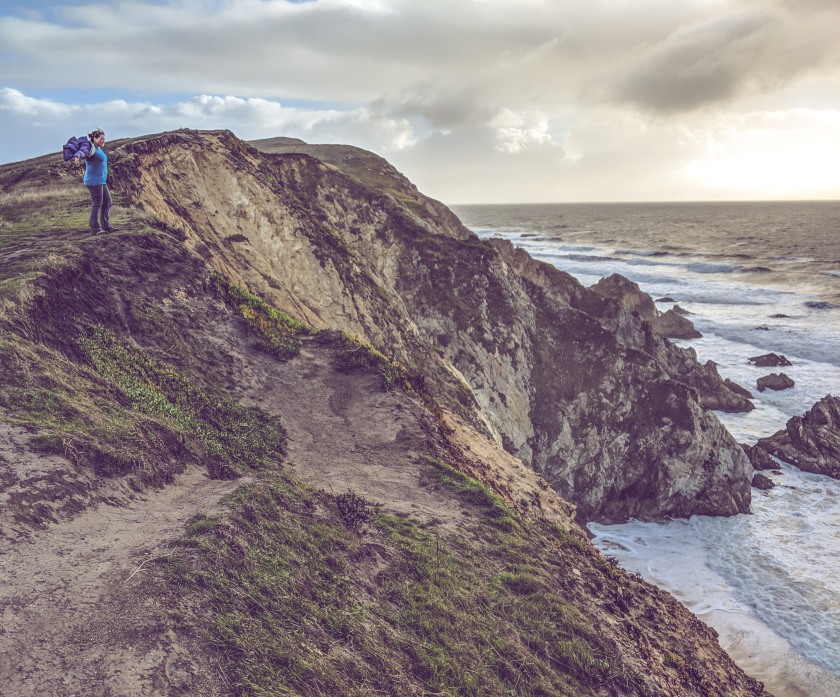 Don’t forget to stop at the Cypress Tree Tunnel. The trees were planted around 1930 and tilts in over a road that leads to an old building that was originally used as a wireless telegraph transmitting station in 1913-1914. The building wasn’t open when I went. 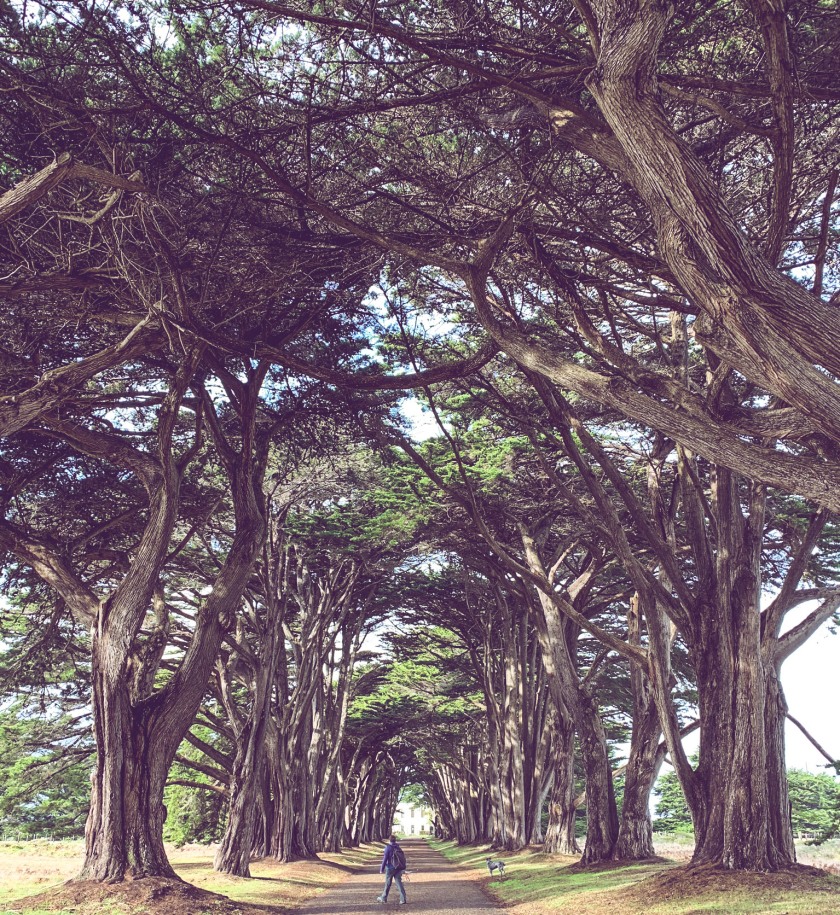 On your way in or out, look for the S.S. Point Reyes Shipwreck. Originally bought by the landowner as a “fixerupper” that he never got around to. The ship itself is around 100 years old and has been half swallowed by the land. 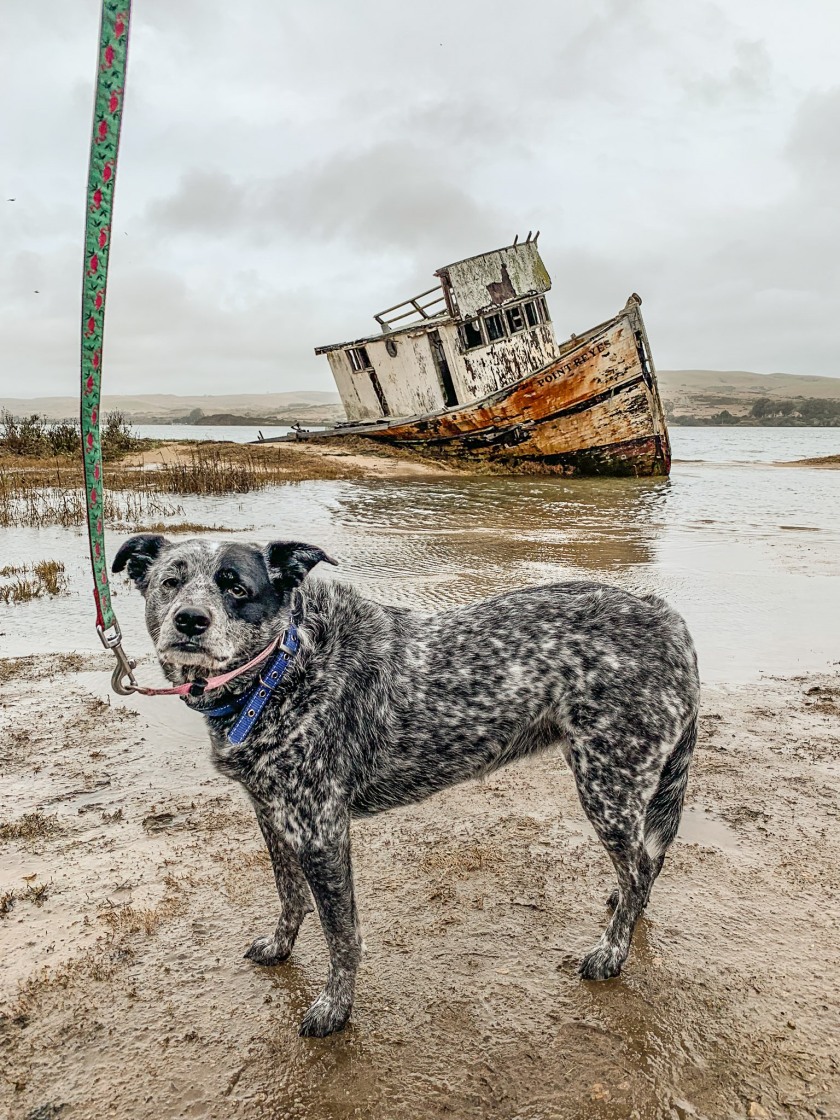 *Don’t forget to gas up before coming to Point Reyes. Gas prices are higher and there aren’t any once you start driving into the National Park*

There is still so much to see in Northern California and not enough time, but this is a start. Of course I can’t forget that this is WINE COUNTRY, but that will need it’s own blog post, so check back or subscribe to see when it’s posted! 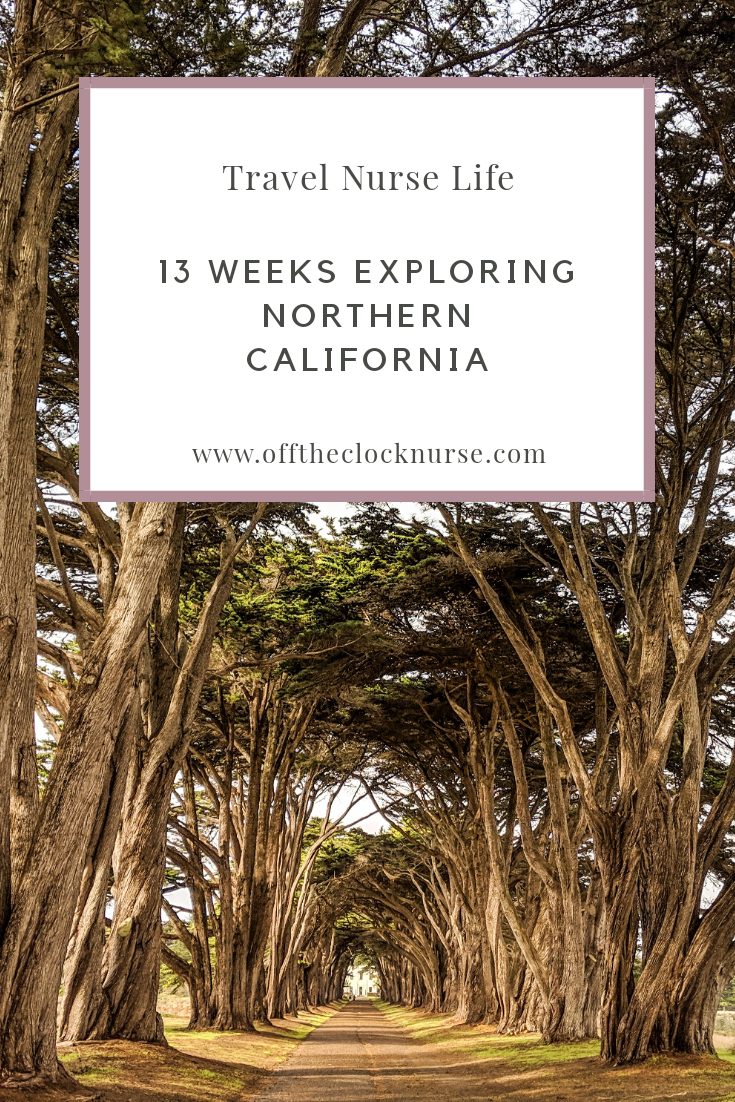 Give it a like if you enjoyed it, or just liked the pictures 💙