I only had two days to whip through this large historical city.  Here’s what I did:

The Liberty Bell: A true landmark in Philadelphia and iconic symbol of Independence in the United States. The story claims the bell was rung July4, 1776 in honor of our independence, however, historians say it wasn’t since there was no confirmed vote for independence on that date.  The large Crack was said to have occurred in 1835 and addition cracks and chips were made after the bell went “on tour” starting in 1885 and ended in 1915.  It now sits in Independence National Historical Park. 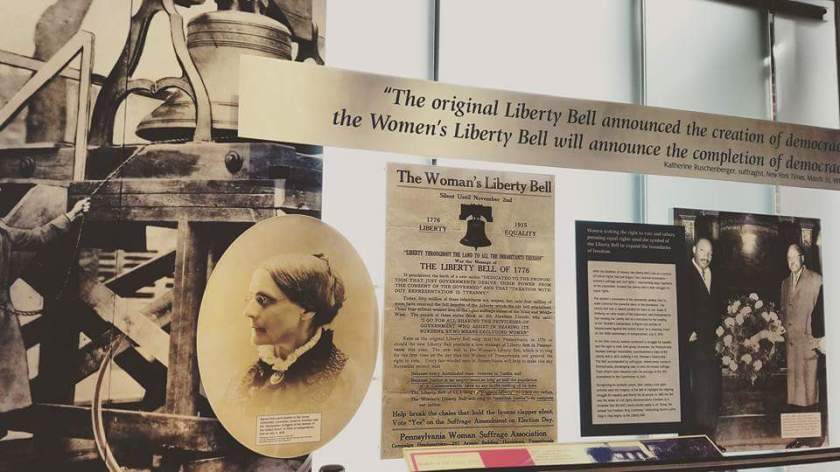 Independence Hall: It was decided in 1729 that Independence Hall would be built and was completed in 1752.  This is the home to the signing of the Declaration of Independence and the United States Constitution. Be sure to get tickets for a timed tour.  The guides are very knowledgeable about the history that occurred on grounds.

The original chair where George Washington sat at the front. 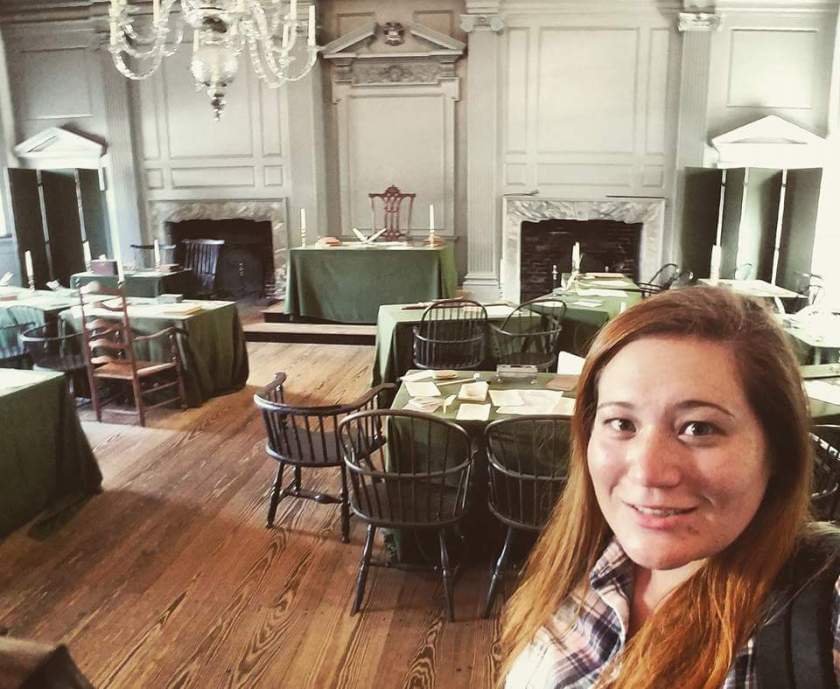 Benjamin Franklin: He is a well known figure in American history, but most famously noted as one of our “Founding Fathers.” His grave is across the street from Independence Hall and you can throw a penny on his stone for good luck. 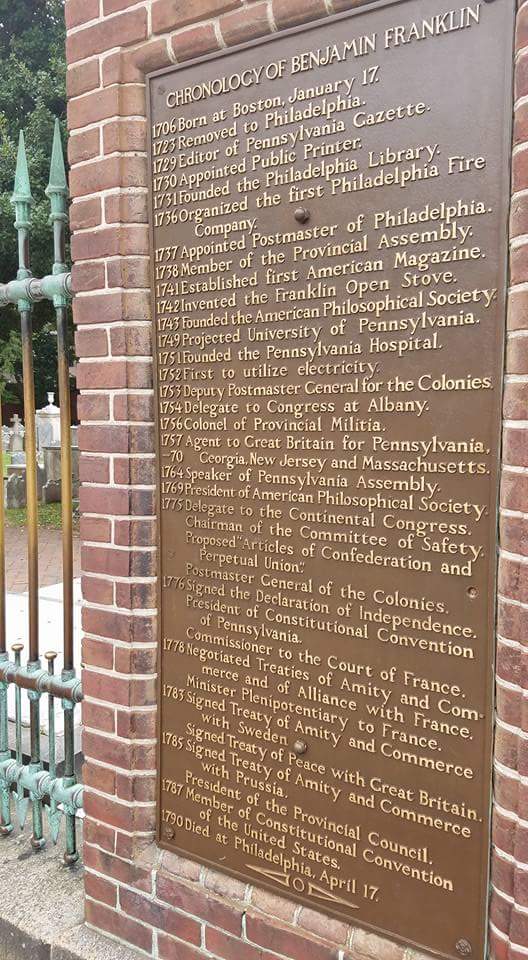 Betsy Ross House: The creator of the first Stars and Stripes Flag

Elfreth’s Alley: A street in Philadelphia which is referred to as “Our nation’s oldest residential street,” dating to 1702. Local residents still live in these townhomes.  Please be quiet and respectful when visiting.

Philadelphia’s Magic Garden: The creator is artist Isaha Zadar.  He took an area of Philadelphia that was otherwise rundown and about to be demolished by the city for highway usage and brought it back to life.  Over 14 years he took prices to “trash” and turned it into his treasure creating one of the most beautiful pieces of art I have ever seen.  There in an entrance fee that helps to keep it open, but is totally worth it! 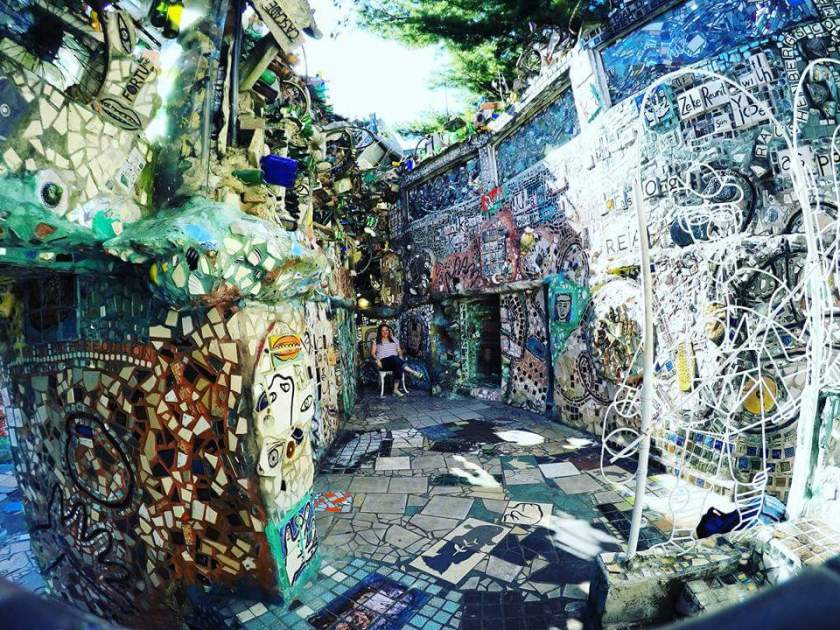 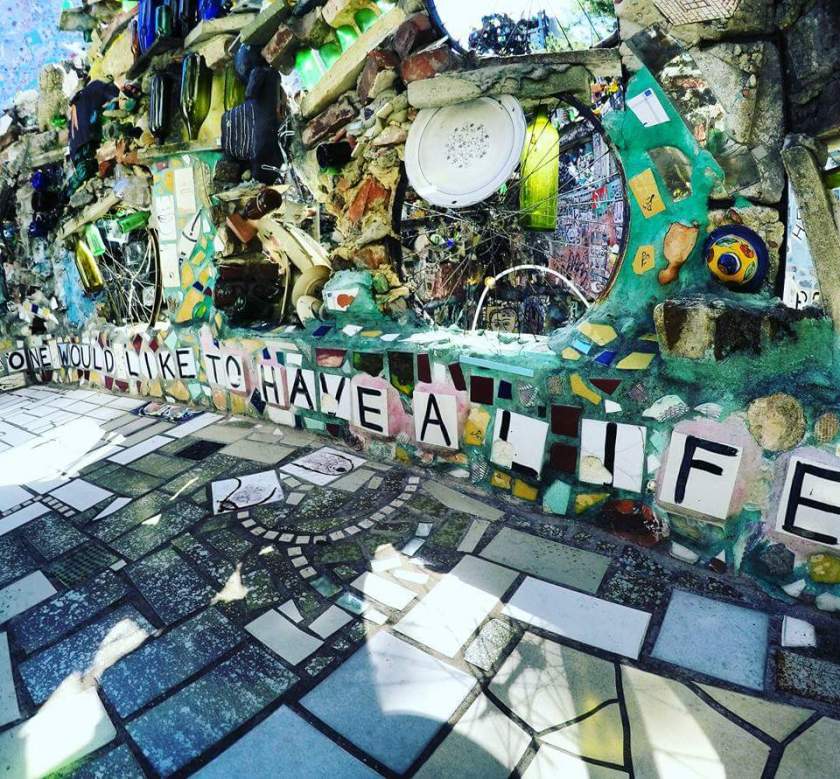 Rosa’s Pizza: in Philadelphia allows you to “Pay it forward” by buying a $1 slice for a person who can’t afford a slice… homeless or just down on luck. They can come in and pick a post-it note off the wall and redeem it for a free slice. Not only is it a good way to help others, you can try a delicious slice yourself!

Reading Terminal Market: For those food lovers, this is a must visit place.  They have EVERYTHING! My favorite place was Beiler’s Donuts. Each donut is freshly made, tons of different options, and only 99 cents per donut… I should also mention they are wildly delicious! Don’t worry about the line. It goes very fast!

Termini Brother’s Bakery had delicious canolies and I think I died and went to heaven when I bit into a philly cheesesteak from By George. 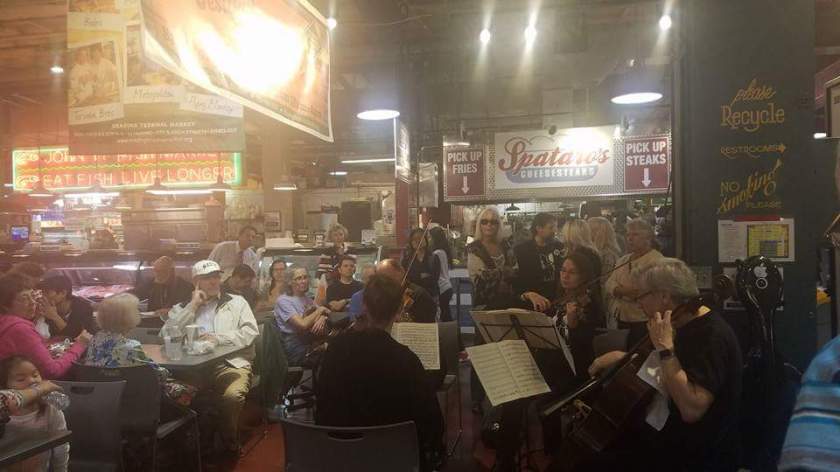 Philadelphia is known as the “City of Brotherly Love.”  The sculpture statue was made in 1976 by Robert Indiana and placed near City Hall.

Don’t forget to make a stop by Chinatown.  The food is delicious and it feels like you stepped into a different world. 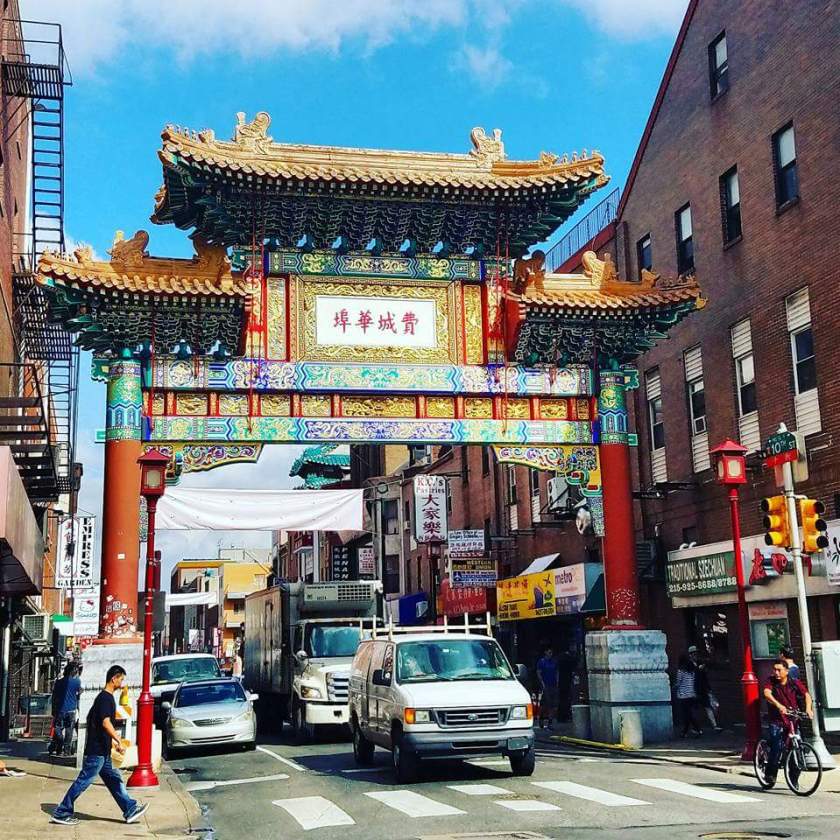 Keep and eye out for the Street Art. All over the city you will find local artists who were paid or just people who took it upon themselves to decorate the side of a building.  There is never a dull moment in Philly with it’s vast history, art, food, and culture. 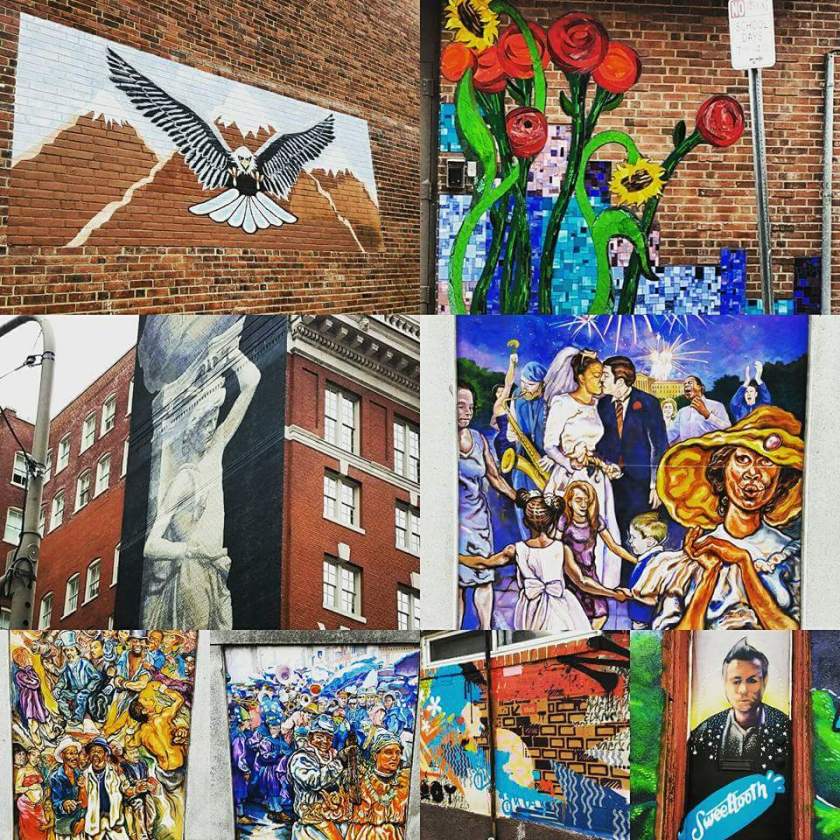