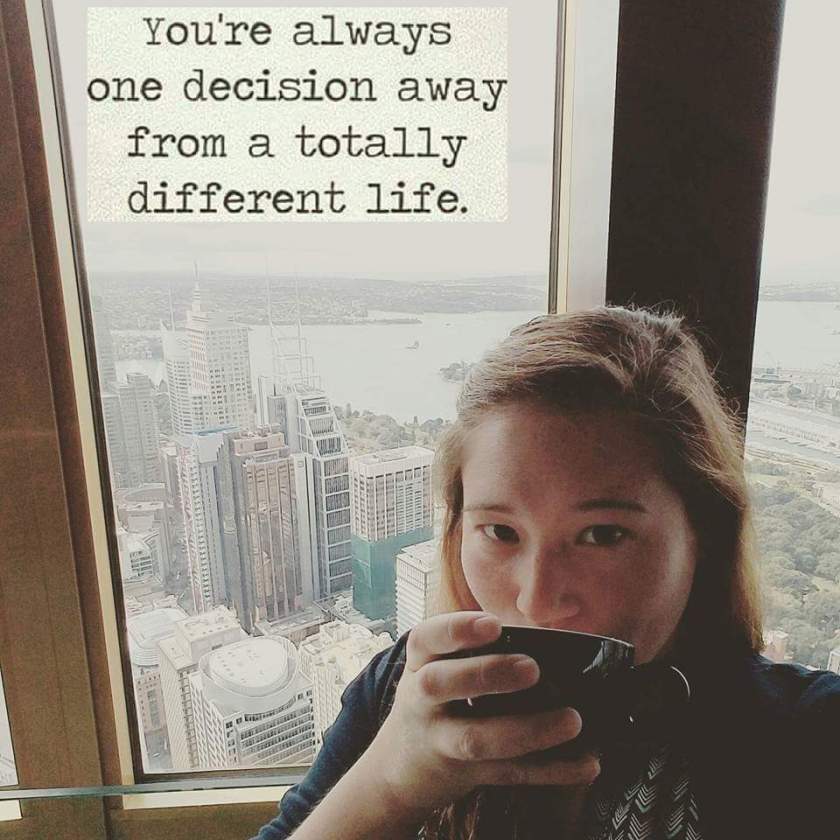 Many years ago I discovered the best way to be happy.  This is an ever changing feeling, so if you find yourself down, don’t give up because eventually up is the only direction you can go.  There are different groups that make up your life and determine your level of happiness.  They are your: Family, Friends, Job, Romantic Relationship, and how you feel about Yourself. However, know that somethings take time and will not happen overnight.  Here is my story:
Family: Now, things were good with my family until my father committed suicide.  Who would have thought a prominent doctor in the community would have done such a thing?  My family was broken and after six year, we are still recovering, slowly.  Sometimes you are in a family that just can’t be repaired.  After many conversations with a professional, the decision to stop talking to one family member has done nothing, but lowered my stress level and made me feel free of her guilt.  So sometimes making mends with your family can be just as good as breaking ties.

Friends: My friends have always been there for me and I’m glad this was the one aspect of my life that I didn’t have problems in.  It isn’t about the quantity of friends, but the quality.  I found my one friend who will always answer when I call, and talk about nothing, including how many pimples we both have on our faces or just talking about the craziest contestant on the Bachelor.  They are also there for the hard times and never get annoyed when you obsess about something that is important to you, but not really to anyone else in the world.  It’s difficult to find, but it can be done.  Don’t forget when you do find someone you want to make your best girlfriend, that the listening and effort goes both ways.

Job: The job I had was probably the fastest change I made.  I am an operating room nurse and found myself dreading the work.  I’d wake up everyday to go in and hope I wasn’t going to be bullied.  Yes, that’s right, I said bullied.  When I was in school I decided I wanted to be a nurse to help people.  Ask any nurse and they will say the same thing.  However, as the years went by the only thing I felt was hurt from being talked down to by surgeons or angry patients who had been waiting past their surgery time because the previous surgery was complicated. 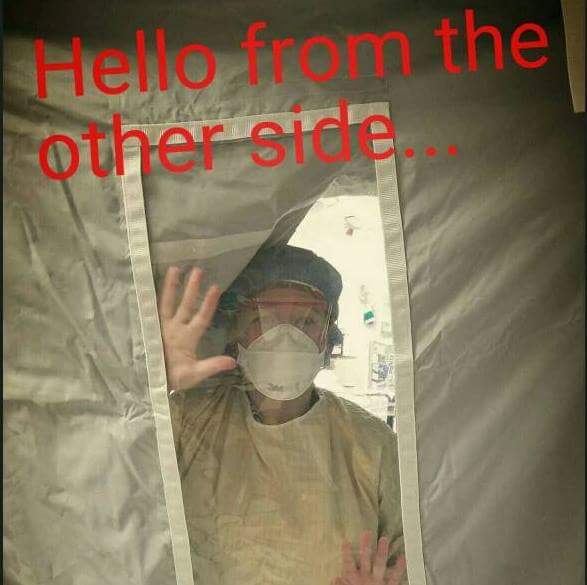 When I was a floor nurse I had patient’s try to bite me, say inappropriate pick up lines, threaten to beat me up, and tell me what a terrible nurse I was because it took me a while to get to their room.  It’s ok, they didn’t know I had 6-8 patients and had just spent the last hour monitoring one that had developed chest pain and shortness of breath.  So I made the decision to leave.  Not leave nursing, but just the hospital I was at to see what else was out there.  No job is going to be perfect, but I felt like I was drowning and I needed a change.

So I started traveling nursing. A job that allowed me to move around my country and see different states for 13 weeks at a time and allowed me to take time off in between assignments for some me time.  This was something I didn’t get as a permanent nurse since, in the United States, we are only given about 2 weeks a year of vacation time.  It was the best decision I have ever made in my life.

In the past five years of travel nursing, I have met some of the most incredible people.  I have taken trips with a few of them.  My adventurous side came alive and I knew after my first assignment that I made the right choice.  I was able to be more outgoing when it came to asking people to go out and be my friend, which felt strange as an adult.  I think the one thing I loved the most was how I felt about myself.  For the first time in my life I could look in the mirror and feel confident in myself and doing activities on my own.

Romantic Relationship: I had been seeing someone a month before I decided to travel.  It was one of those one sided relationships where you give and they take.  This was by far the EASIEST way I changed my life.  I dumped his ass. Done and done.  Ladies, don’t stay in a relationship just because you are comfortable and think it will be too hard.  Once you let go of that extra baggage you will have so much more time to work on yourself.  Christmas card 2014: 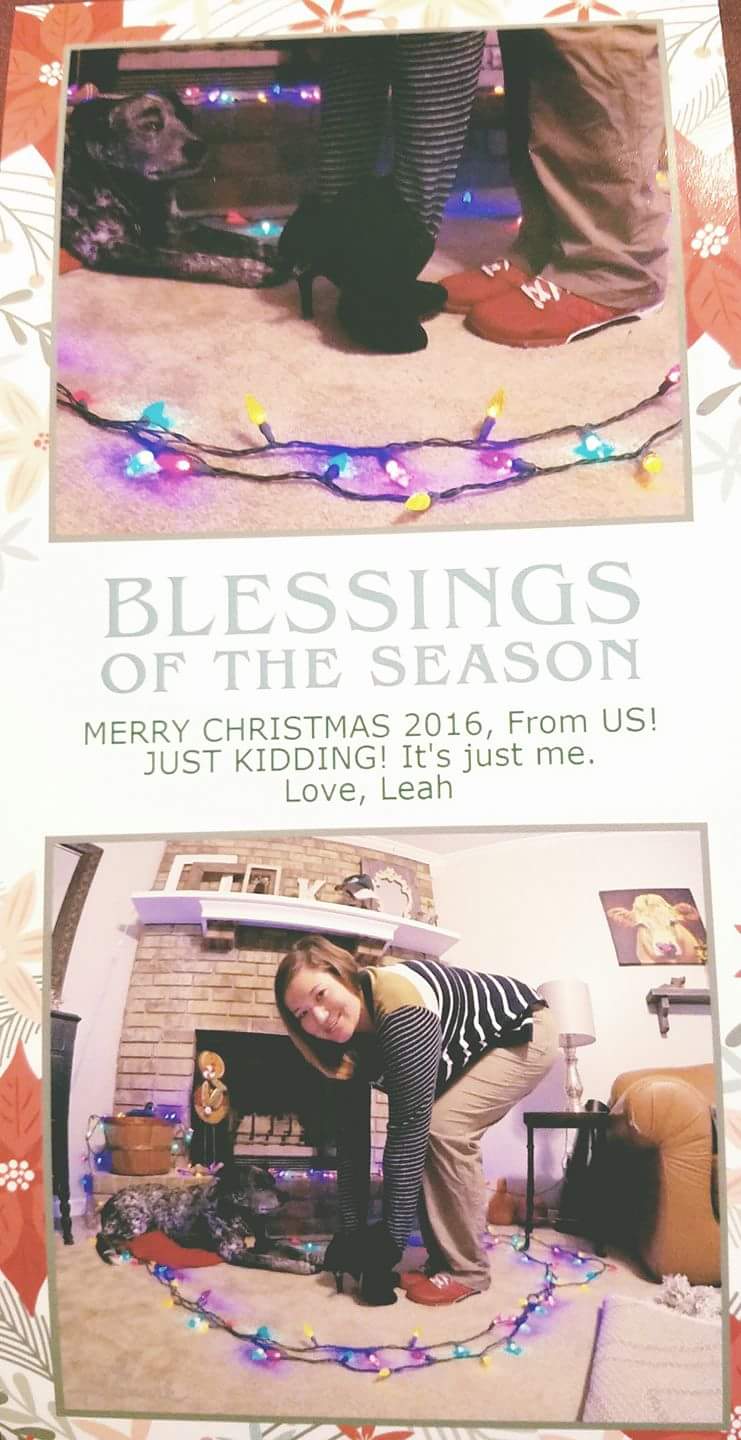 Yourself: Which brings me to the hardest change I had to make.  It is an ever growing battle to change who you are if you aren’t happy with yourself.  Here’s how I did it.  I looked in the mirror and didn’t like my body. I was so depressed after my father died that I ate everything and anything to help with the stress.  I ended up eating because I was sad about one thing and then became even more sad because I was so unhappy with how much weight I had gained.  You could say I felt like Fat Bastard from the movie, Austin Powers.  So I started dieting and exercising to get myself back into the shape I wanted to be in for myself!

I had doubts about my ability to make it in the travel nurse industry, but made the decision to do it anyway.  You will never know until you try.  I was the quiet, “yes” girl who was always walked over.  Not anymore! If I didn’t want to do it, I didn’t.  If I wanted to do something and no one wanted to go, I went on my own.

After 5 years of successfully traveling as a nurse and knowing I had an end point to my next vacation, I found that I had visited almost all 50 states.  Where would I go next?  Surely I couldn’t leave the country by myself.  Or could I?  After asking around to see who could go with me out of the country, I was met with a wall.  No, one could go to all the places I wanted to at the times I was able to go.  So I remembered what I said when I started traveling the country and I decided to go for it.  My international travels started in early 2016 and I haven’t stopped.  Eight countries on three different continents in one year is something I’m proud of.  I chose places where I felt safe or was lucky enough to have friends living in those countries.  I jumped in on friend’s vacations and was not afraid to venture out on my own.

Travel has been my antidepressant.  It has made me a strong, independent, self sufficient, outgoing, and happy woman.  I may still be single, but I’m so happy with my life that I don’t feel like I NEED anyone else.  If someone comes by that can keep up with me, I would invite them on my journey.  My friends are so supportive of my travels and I love bringing them back treats from the places I go so I can share my experiences with them.

We are all so wrapped up in who we are told we SHOULD be that we forget about who WE WANT to be and the path WE WANT to take.  Don’t let life go by without it being fulfilled.

I hope you all enjoy my blog and if even just one person reads this and decides to take that leap of faith, the purpose of this blog post will have been fulfilled.
Travel on and travel safe, friends.