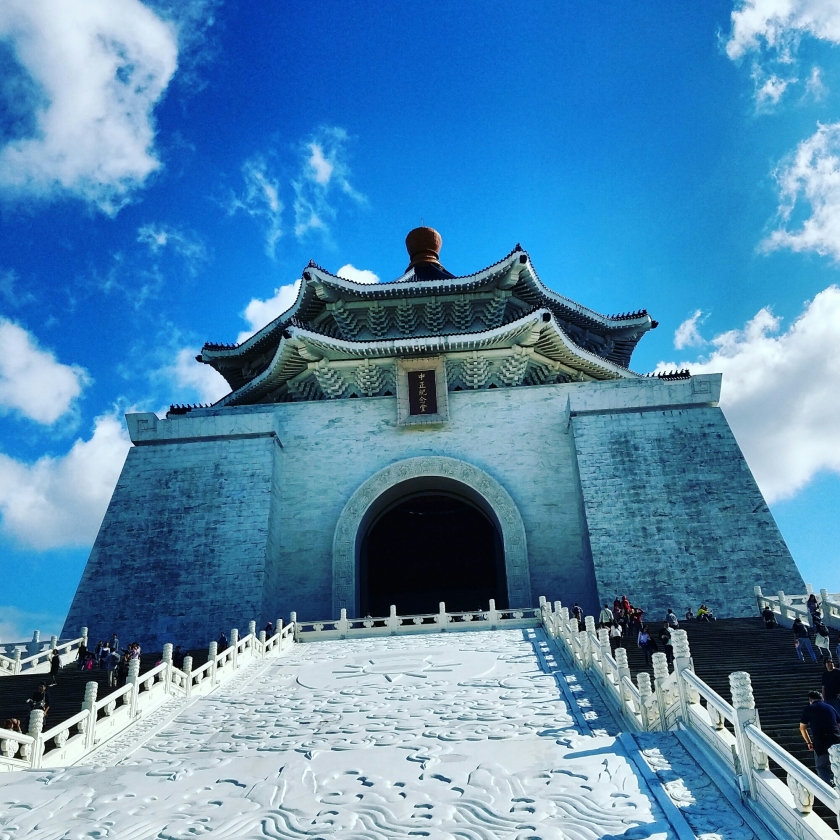 No Visa needed for US citizens 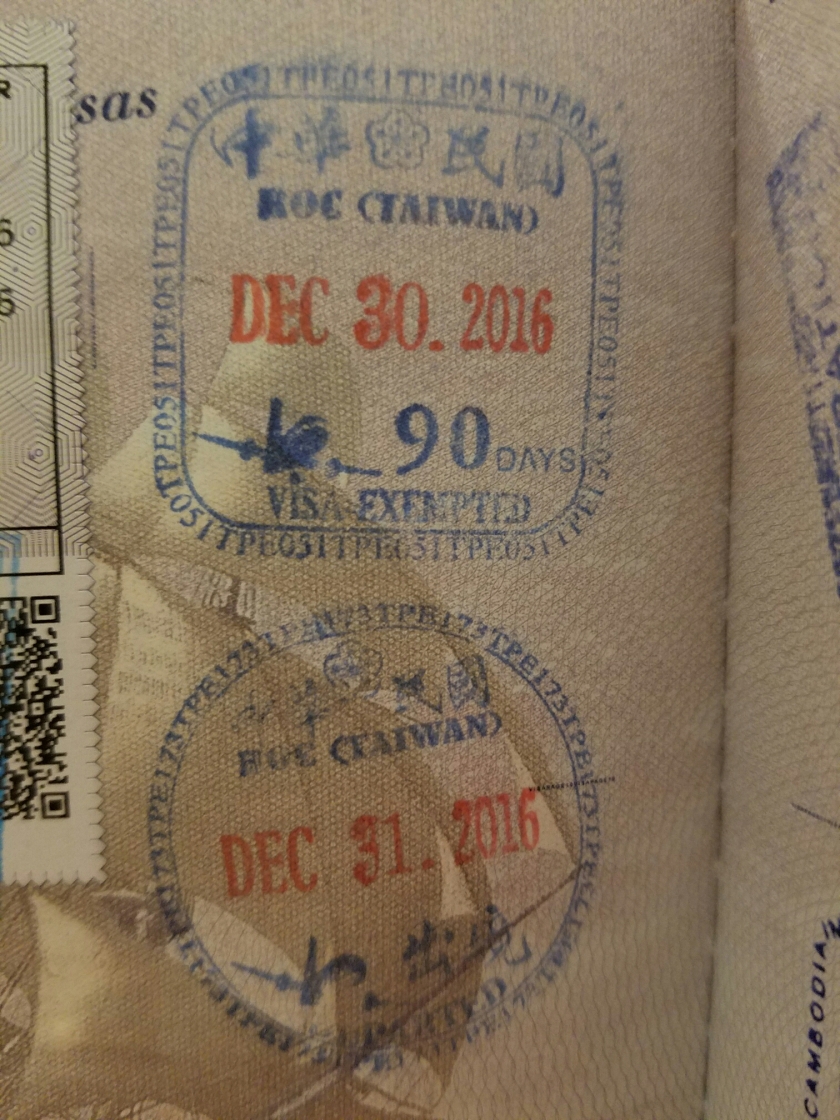 On my way back from Thailand to the US, I decided to have an extended layover in Taipei, Taiwan.  I was supposed to land around 10pm, but due to my flight getting delayed I didn’t get out of the airport until after midnight.  Unfortunately, by the time I made it to my hotel it was too late to go to the Ningxia Night Market. In the morning I left the hotel at 9am and left my bags at the checking desk and headed to the metro station.  Here’s what I was able to do with 6 hours. 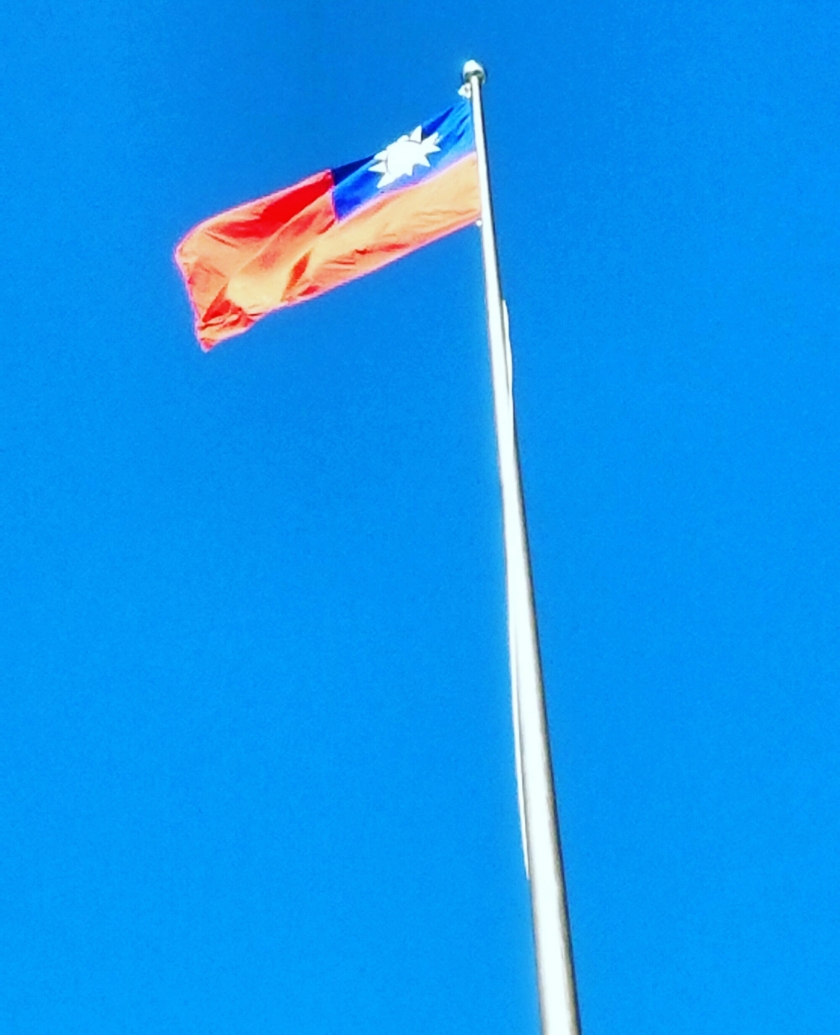 Since I wasn’t staying long, I opted to do single ride tokens.  Once you find the place you want to go, find the amount at that destination.  Pay the machine and you will receive a token. 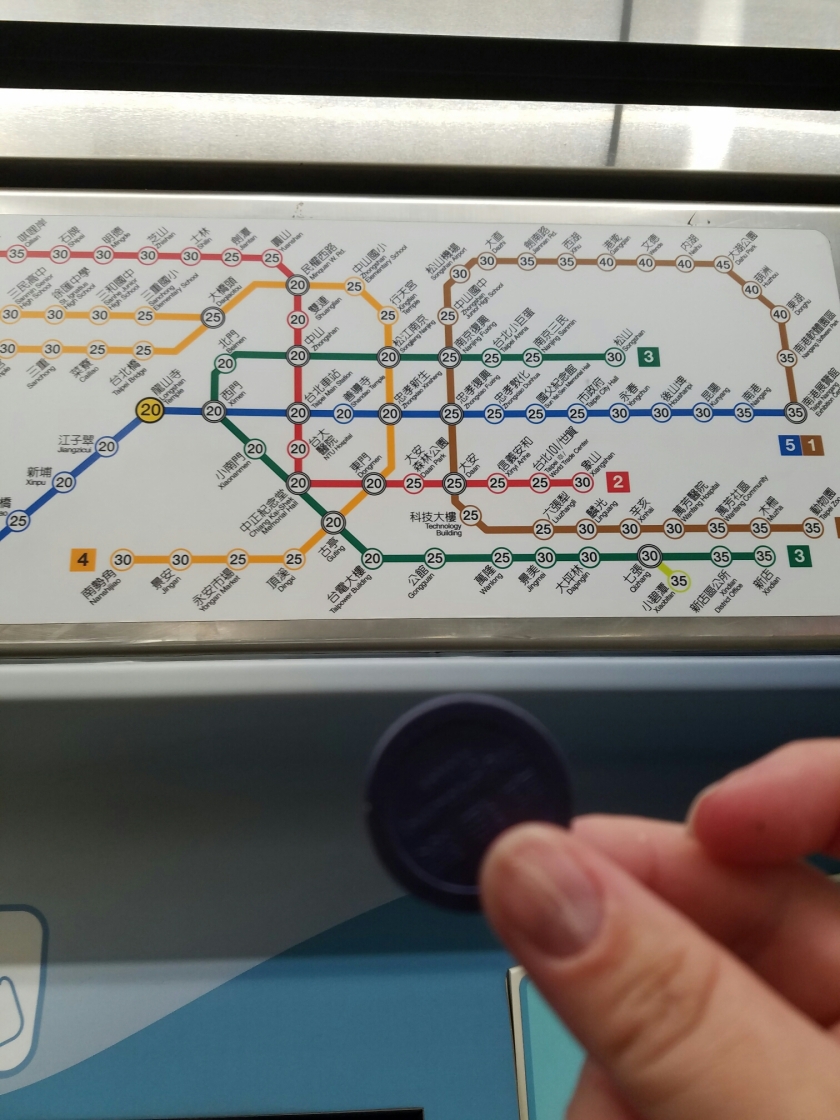 Lungshan Temple: Originally built in 1738 by settlers from Fujian during Qing rule in honor of Guanyin. Since then it has seen destruction due to earthquake, fire, and war.  The last time it was rebuilt was 1919. 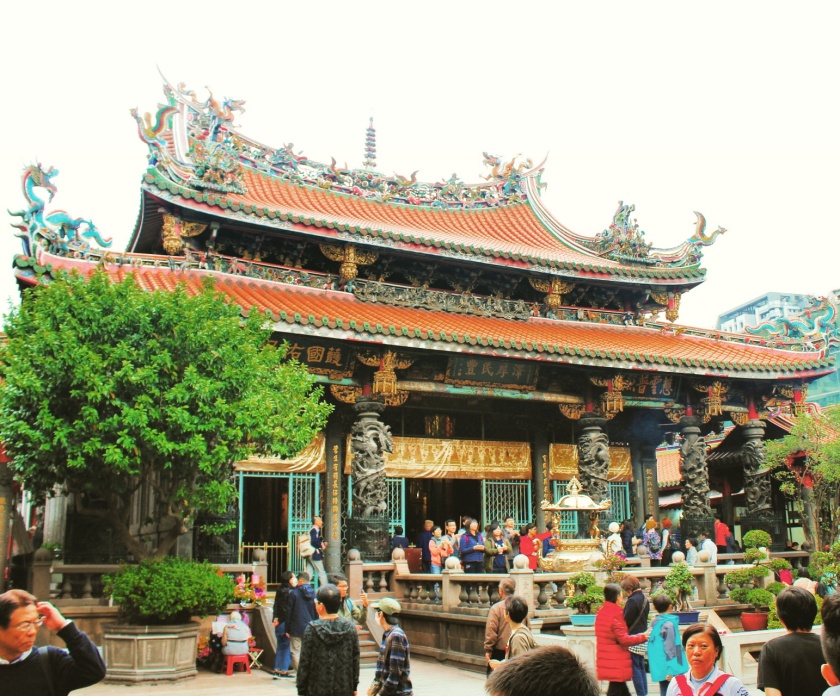 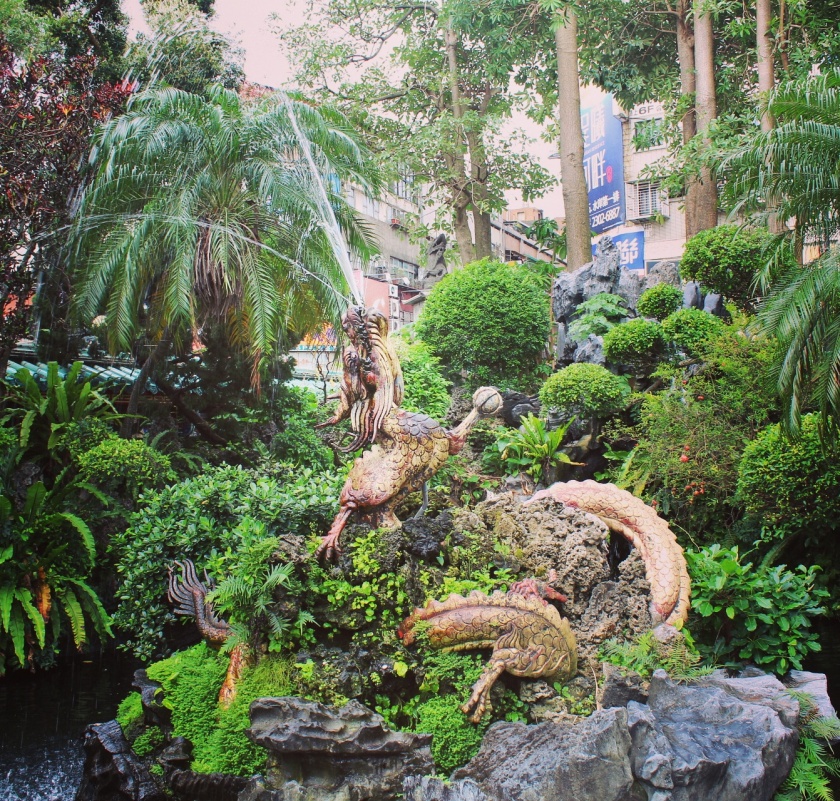 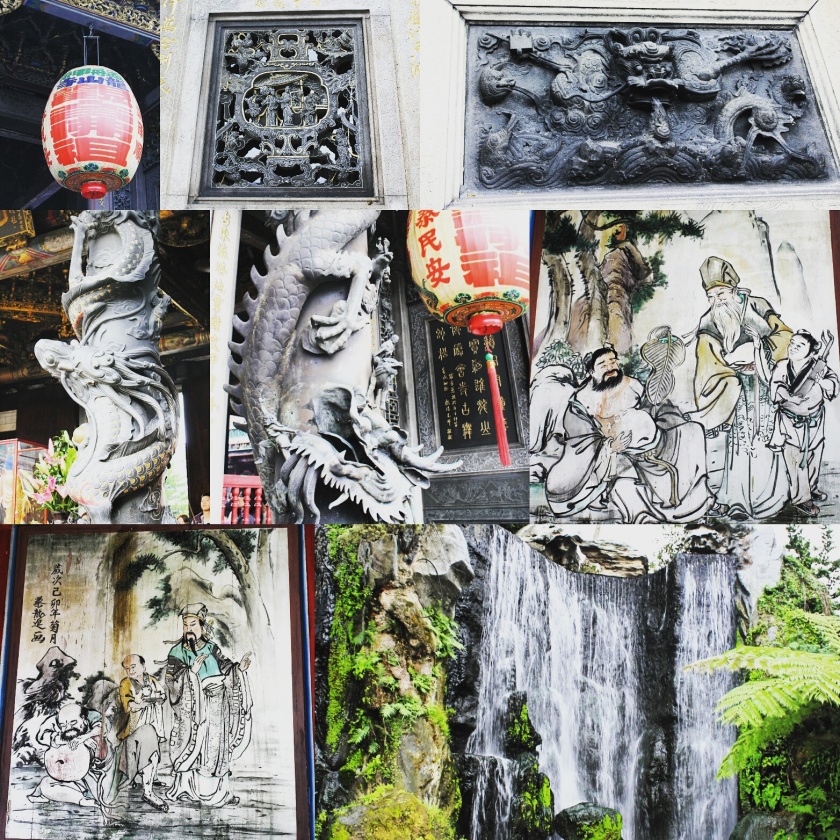 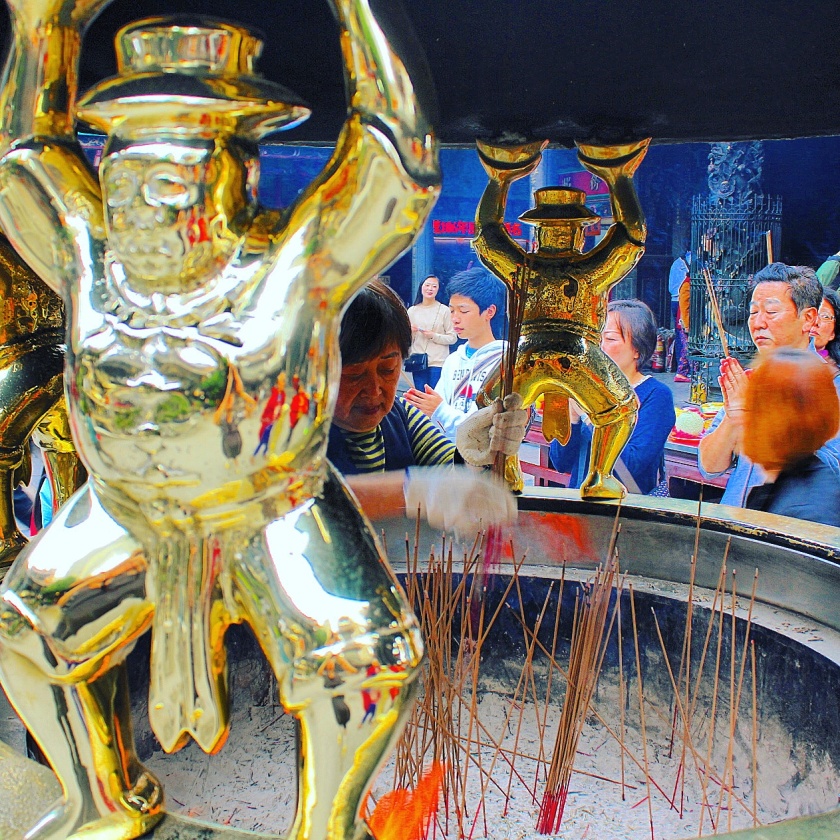 Taipei 101 Tower: A landscape skyscraper with 101 floors.  I decided not to go up since I was limited in time and it was a 25 minute wait just to get a ticket and another hour wait to go up.  It is also a high scale mall and has a large food court on the bottom floor. 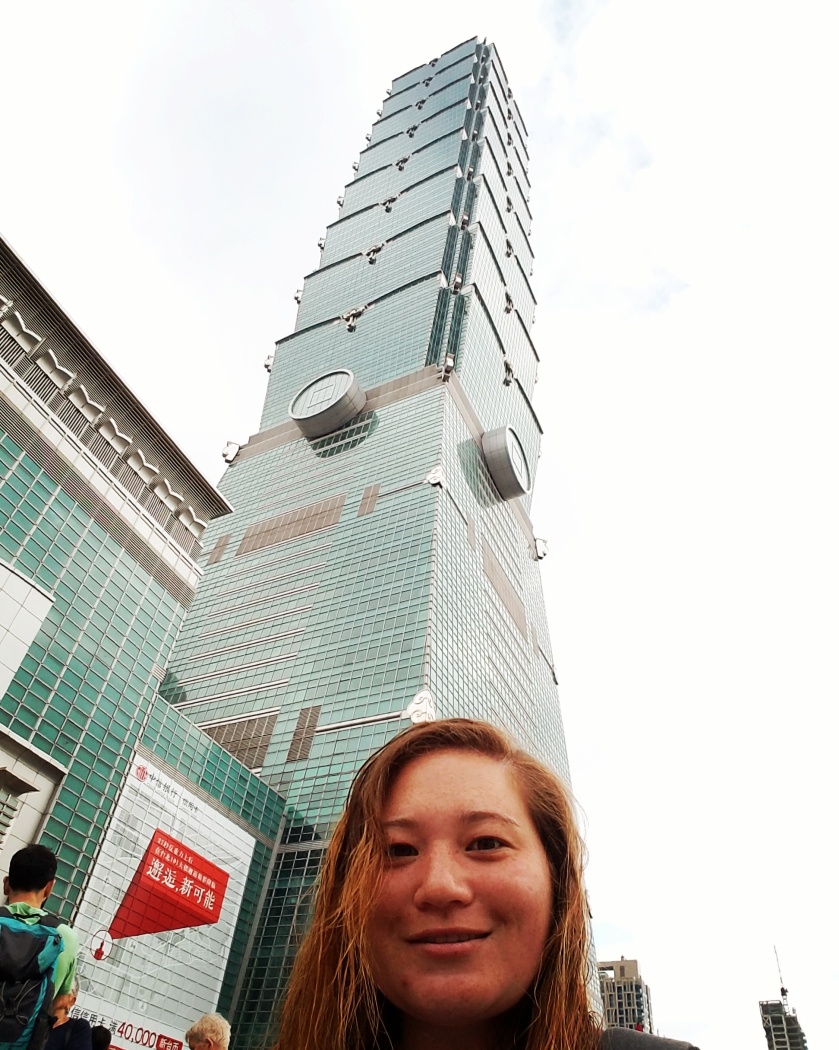 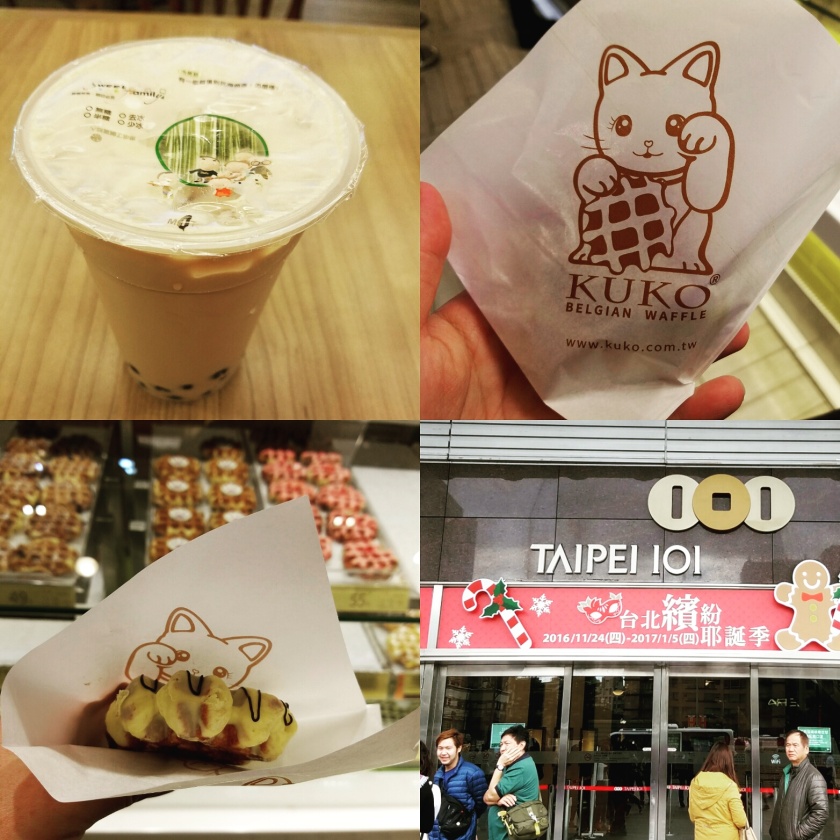 Xingtian Temple: Built in 1967, this temple was devoted to Guan Yu, the patron god of business. 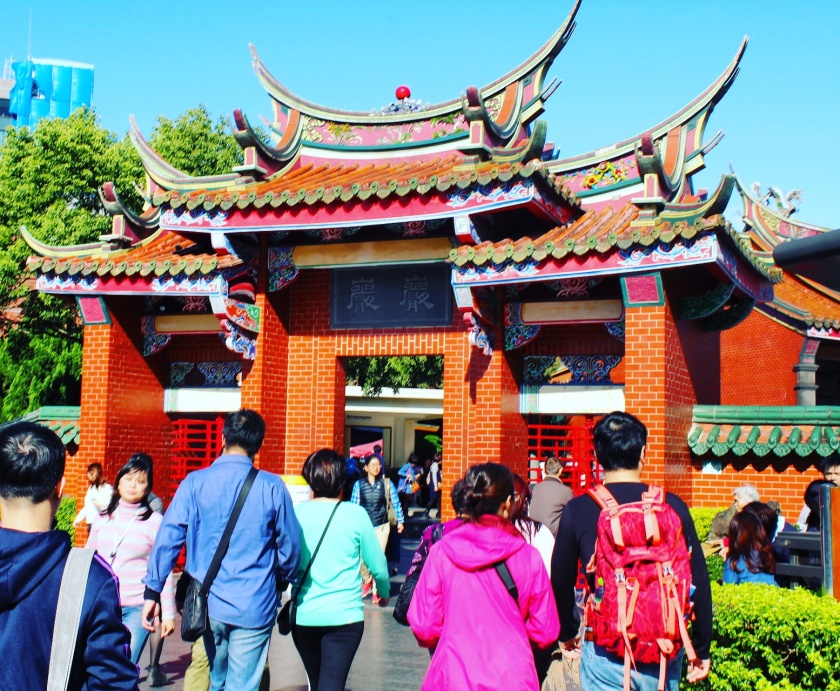 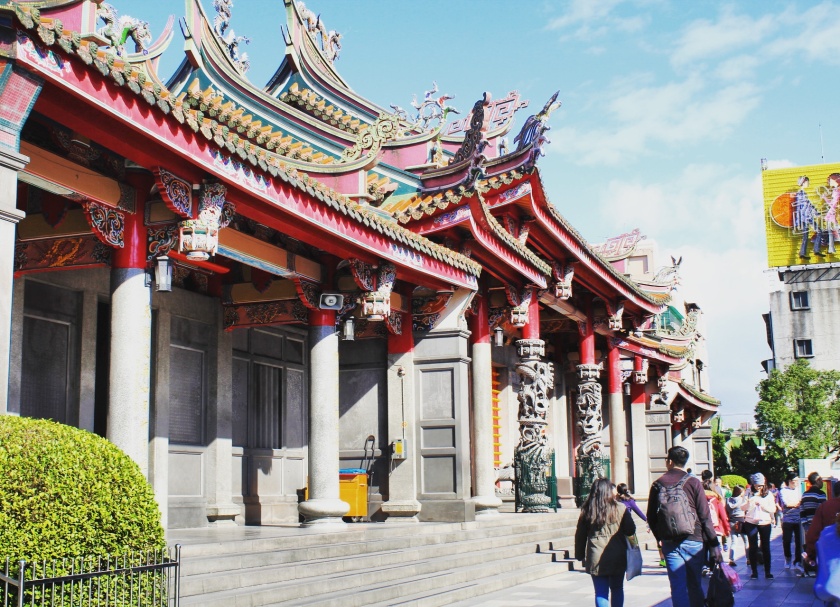 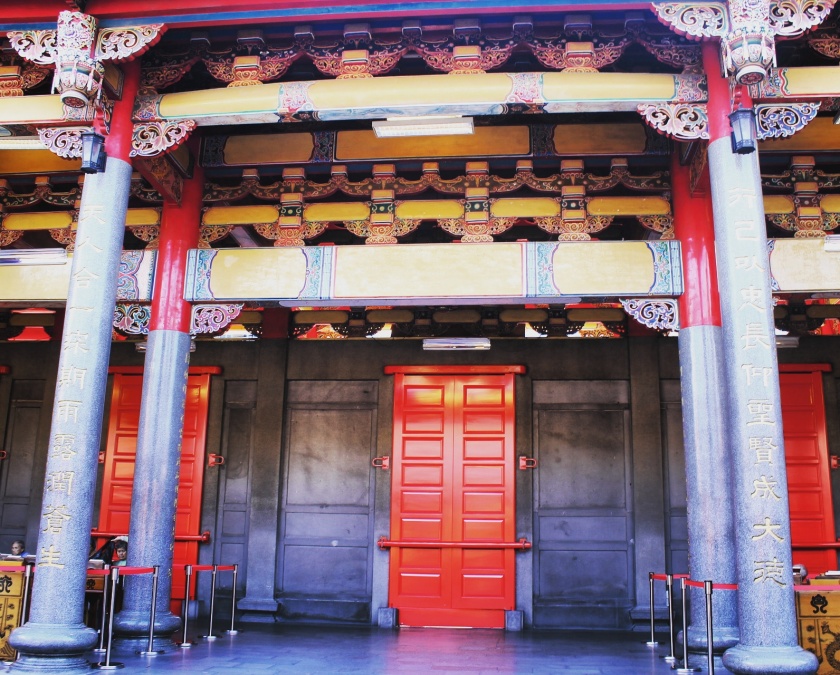 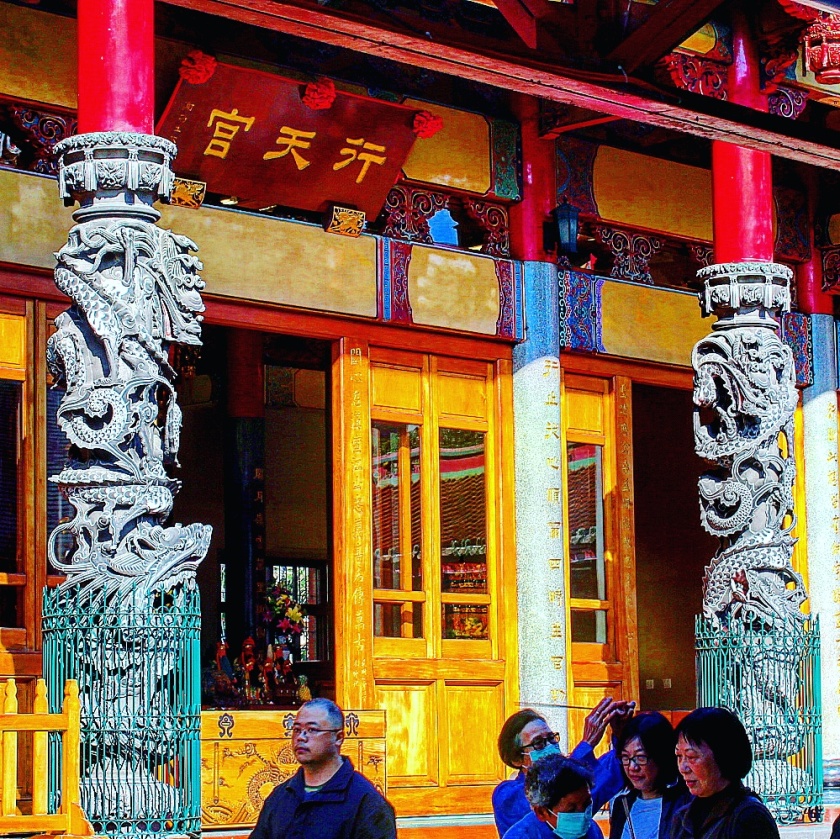 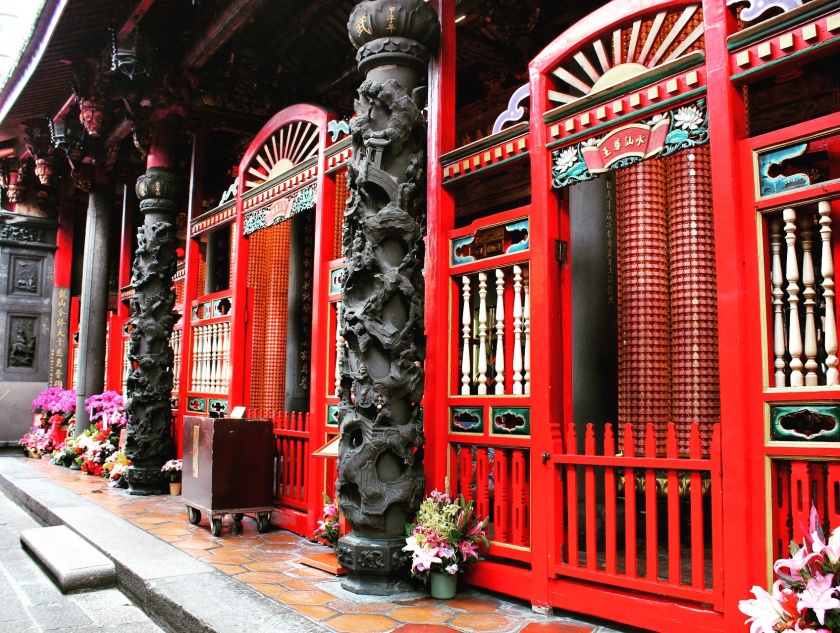 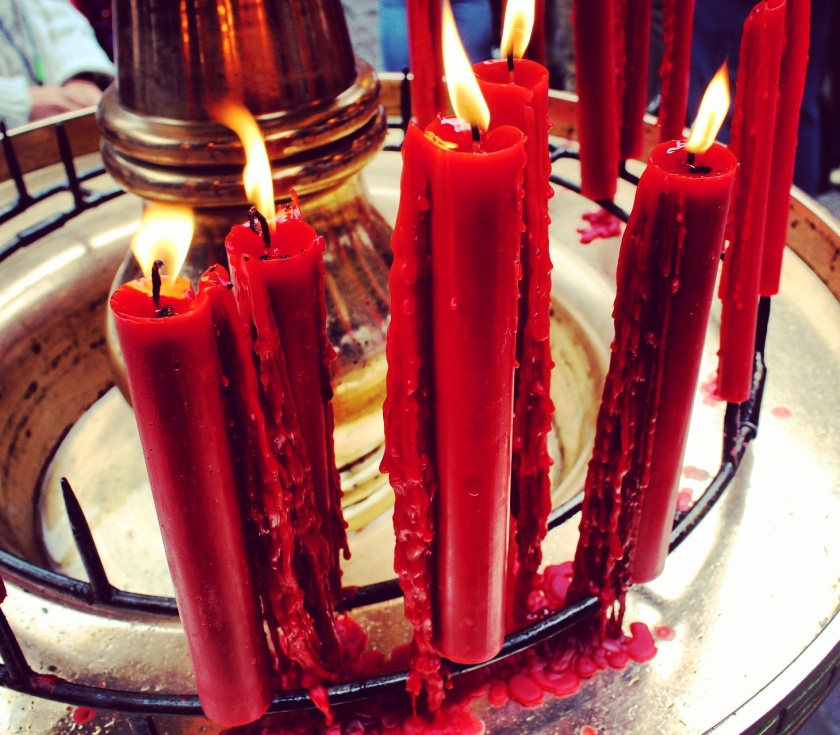 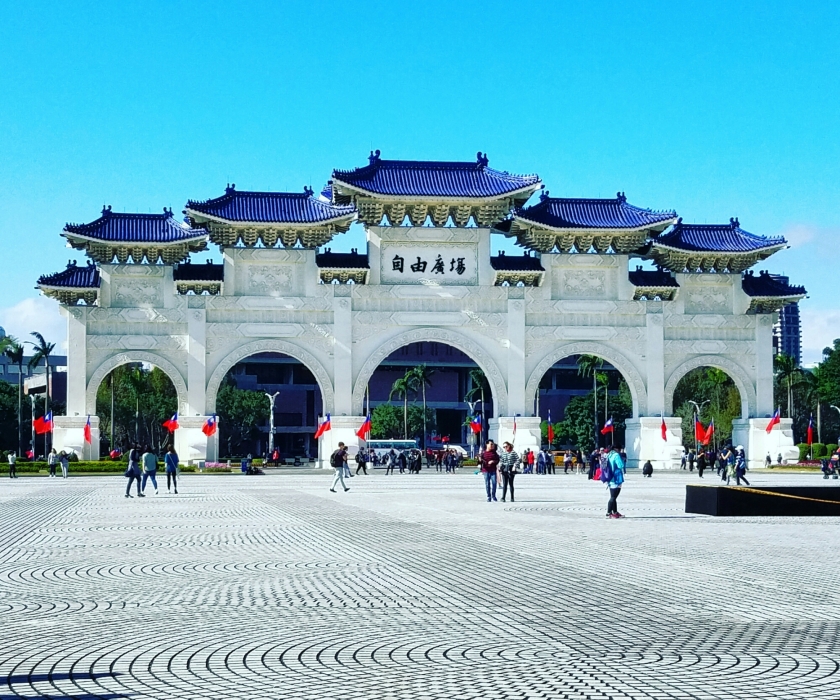 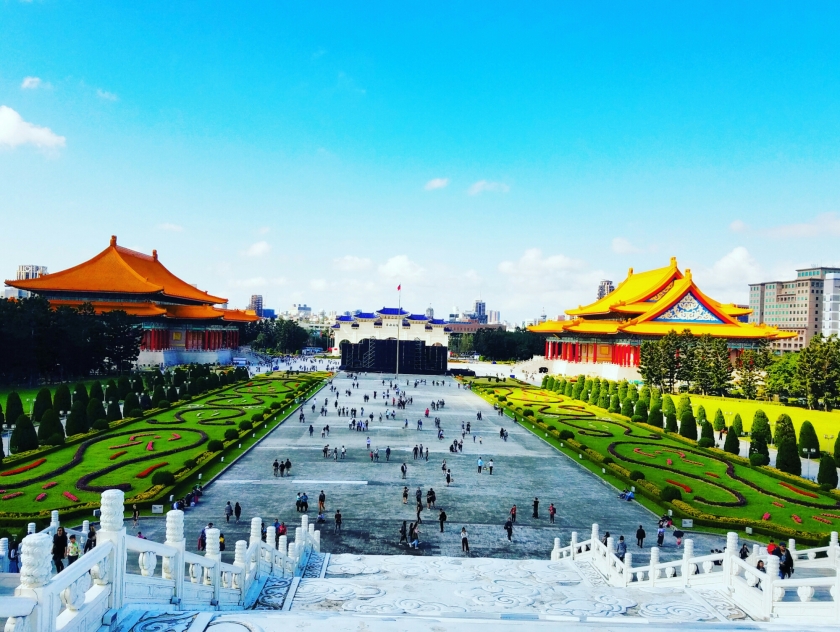 Chiang Kaishek Memorial Hall: (Changing of the Guards) occurs every hour and lasts about 15 minutes.  It was a pretty cool thing to see. 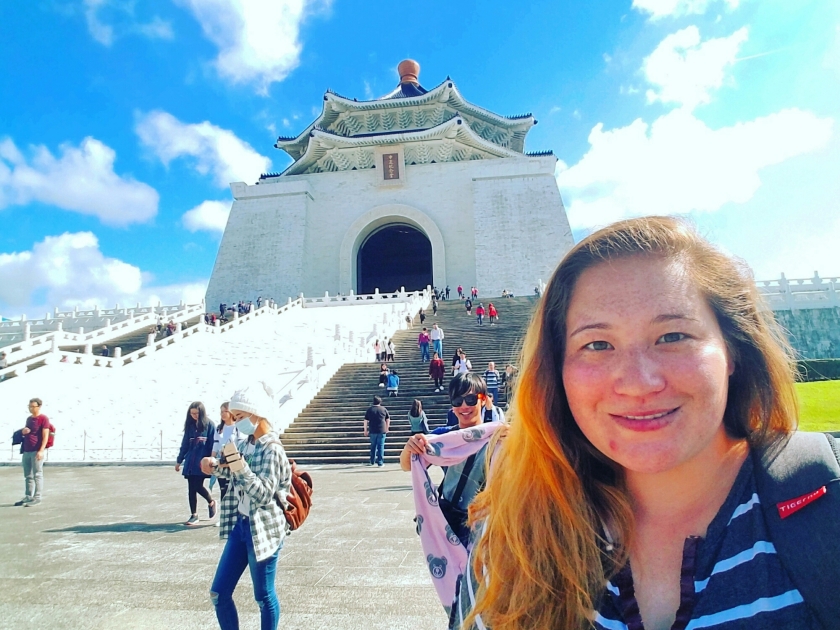 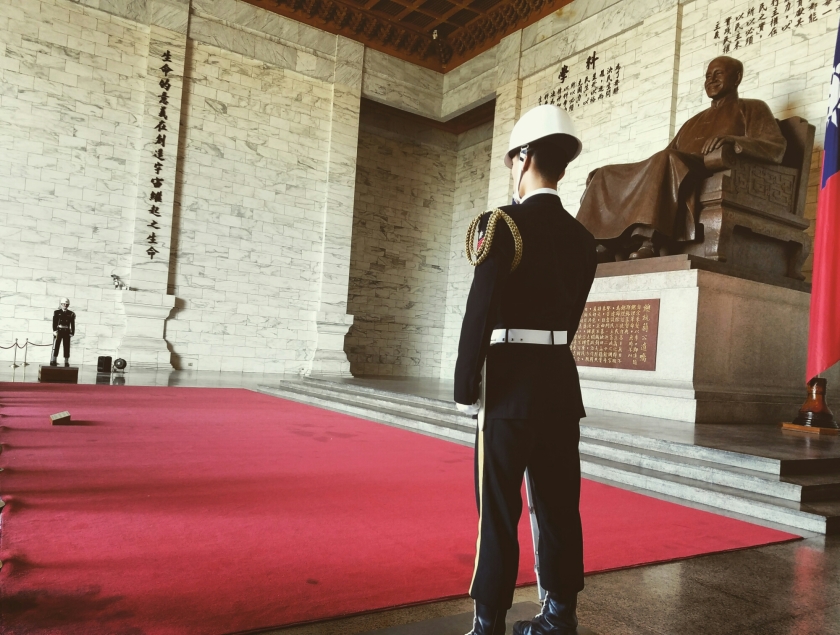 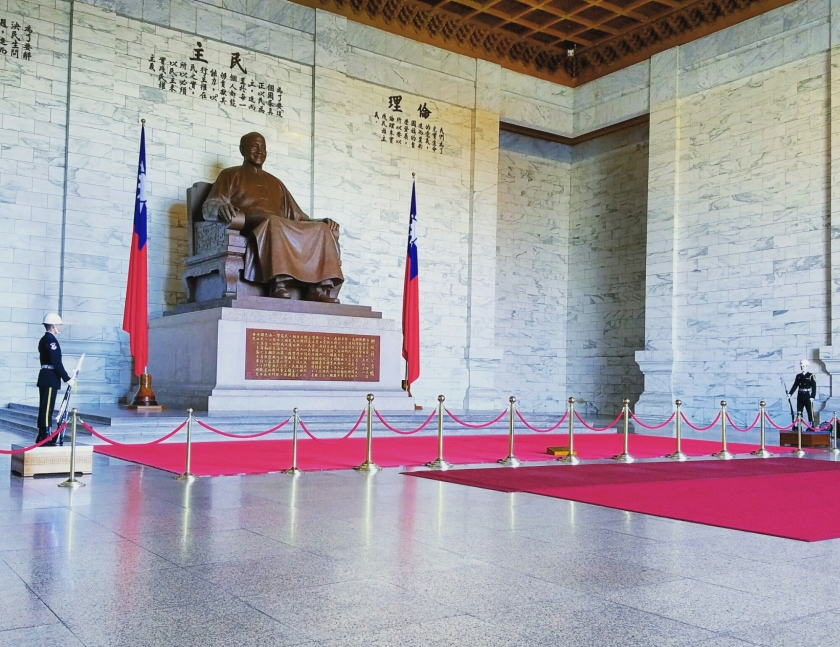 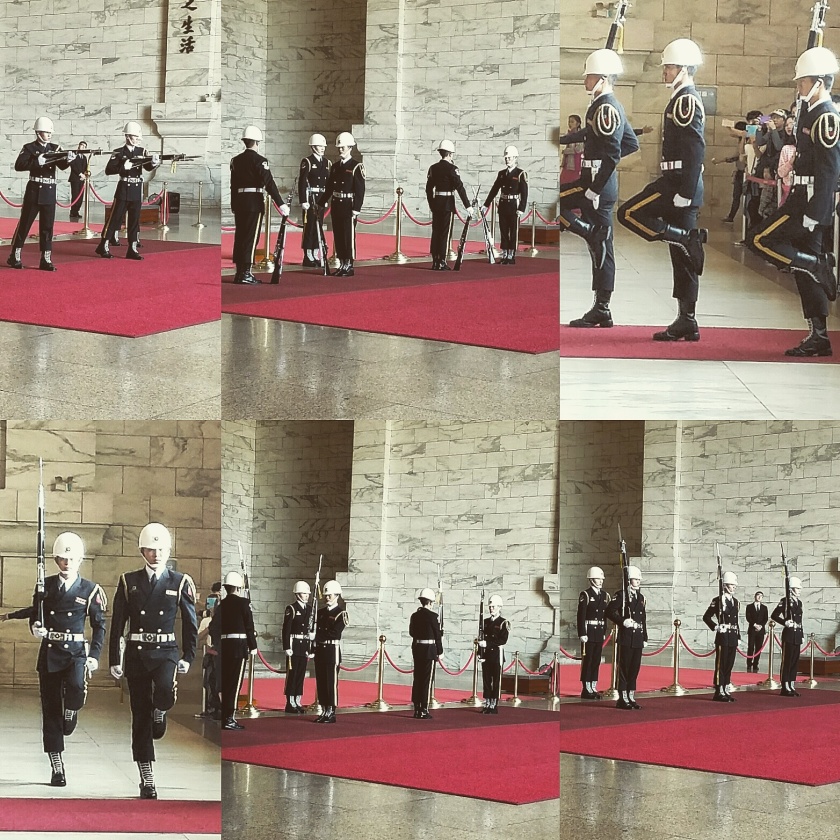 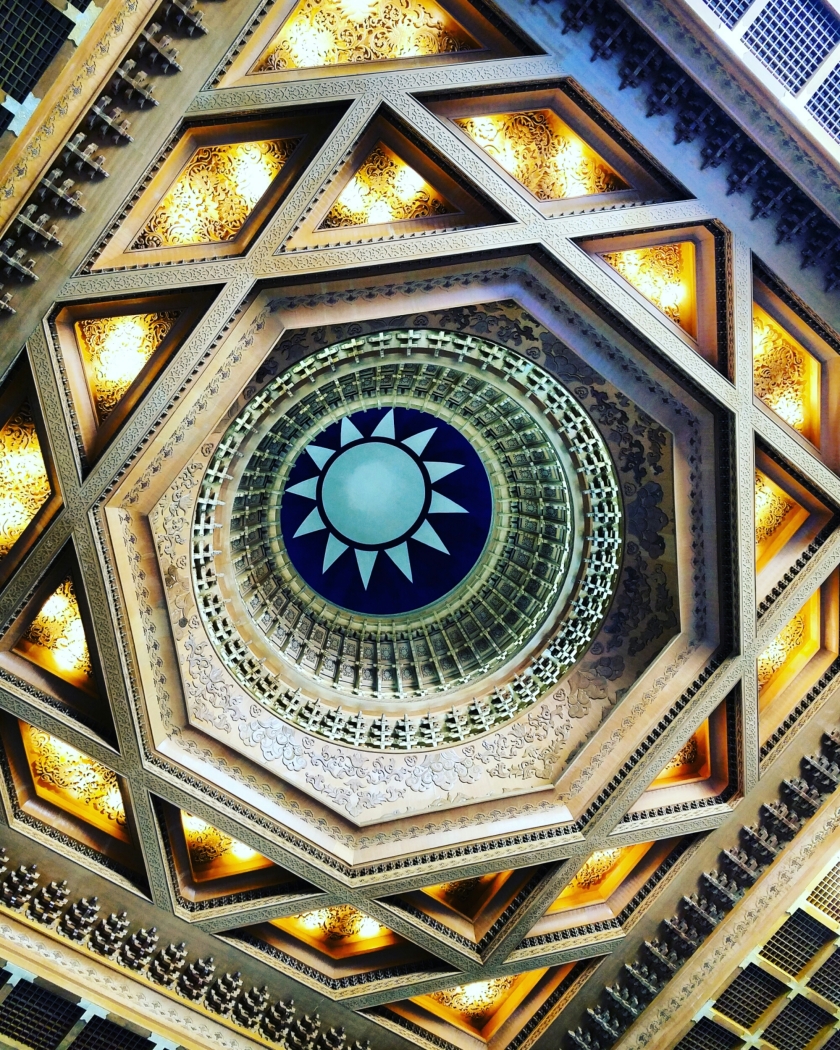 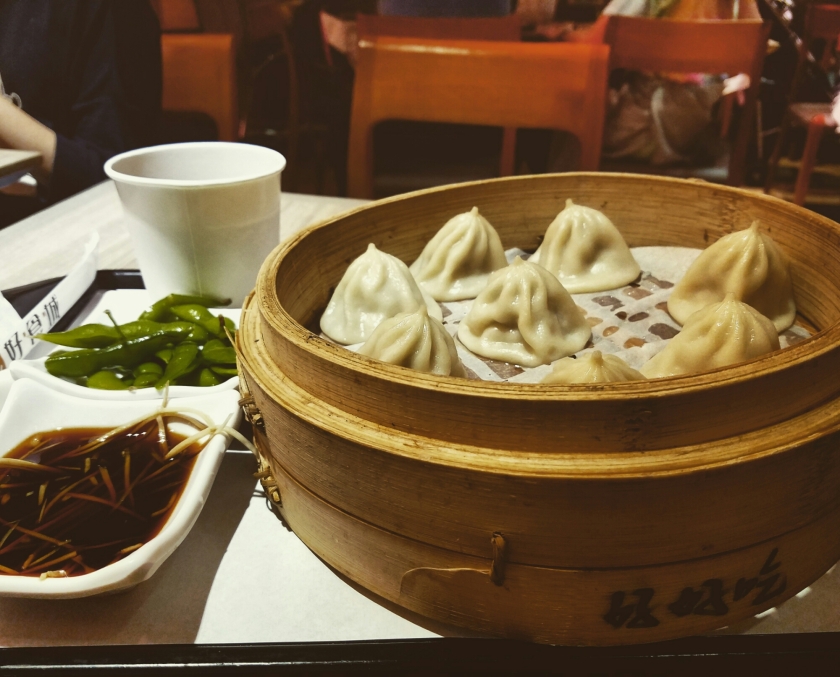 On the way to the Xingtian Temple I passed this Mochi stand with a long line of people… so naturally I went with the herd.  The line took about 30 minutes and was totally worth it.  The mochi was hand stuffed with different flavors (sesame seeds, coconut, peanut butter, red bean, original).  If you see this stand, make sure to stop and get some! 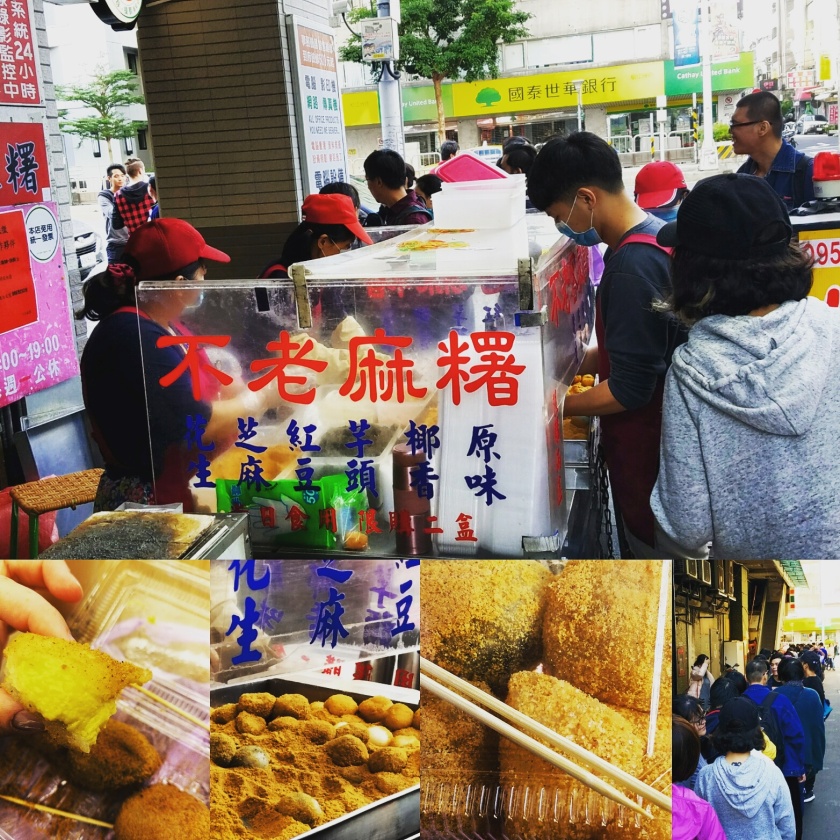 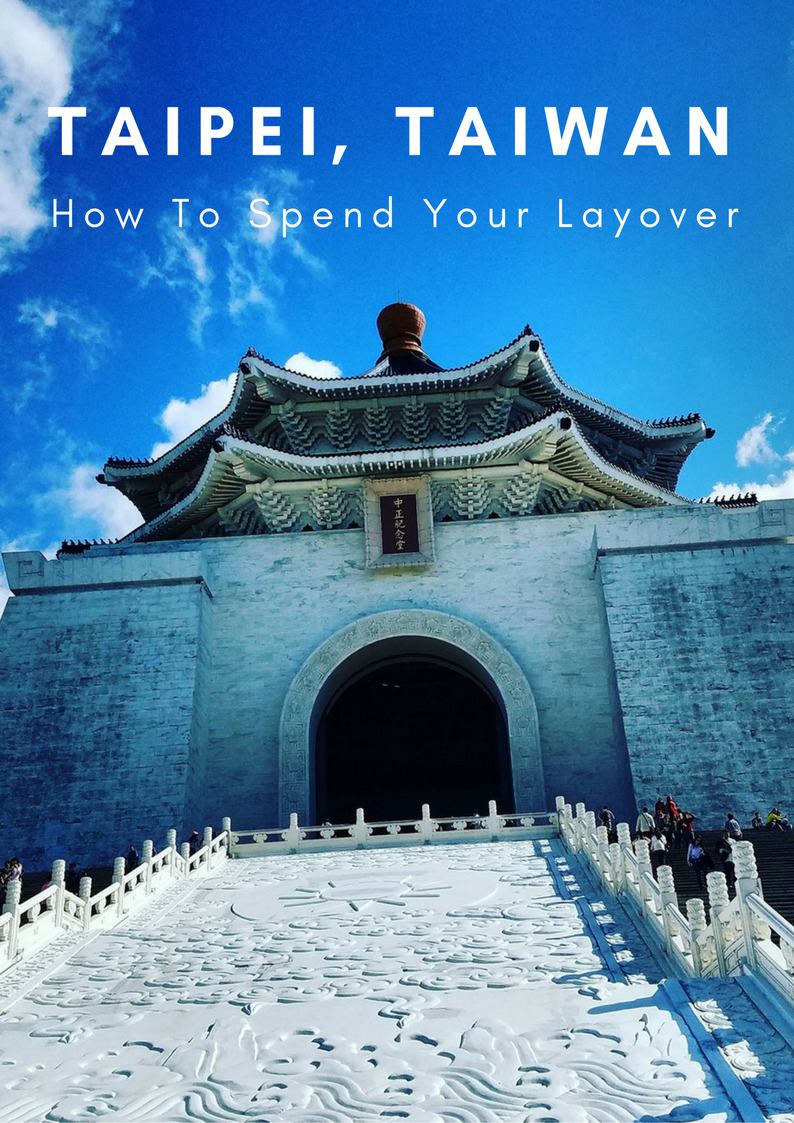