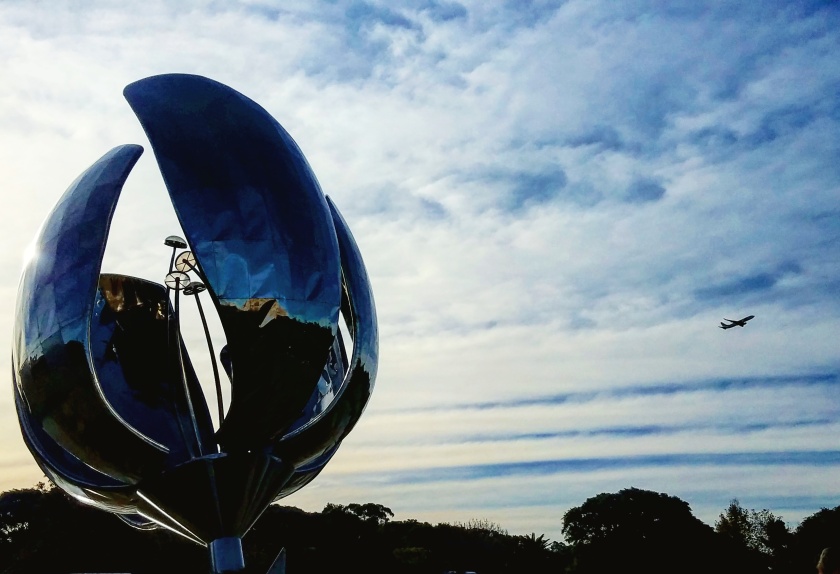 Welcome to my Solo trip to Buenos Aires, Argentina!  This was my first trip to South America and came just two days after I returned home from Spain and France.  Unfortunately, when I arrived after my overnight flight I woke with a terrible sinus infection and unable to “pop” my left ear.  Getting sick while on a vacation in a different country and by myself was miserable, but I made the most of it and only wasted one day to rest after all the traveling I had just completed. 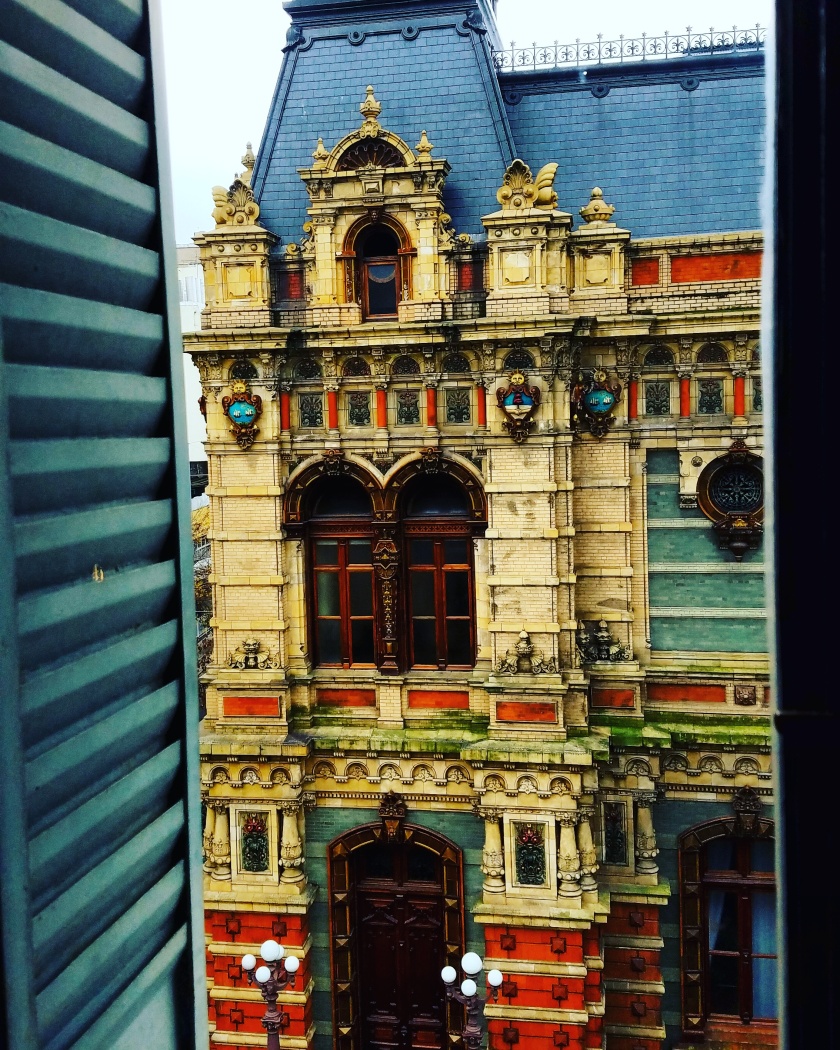 When I arrived, I took a cab that my Airbnb host set up for me to the apartment.  Gus, my host, met me at this beautiful one bedroom flat and graciously gave me a bus/metro card that I could put money on for transportation, a map that listed all the free things to do in Buenos Aires, and a hug.  This was one of the nicest Airbnb homes I’ve stayed in, and with it’s great walking location to public transportation and to local tourist attractions, I would high suggest booking with Gus.  He was also accommodating to my early arrival, late checkout, and scheduled a tango show with pickup and drop off.  Click the link to see if his Airbnb is available for your stay: https://www.airbnb.com/rooms/751902

I highly suggest the Free Walks Buenos Aires walking tours.  They meet every day at Teatro Colón at 1030am or National Congress Building at 3pm, rain or shine.  Look for the Orange shirts/vests the guides will be wearing.  As it states in the name, these tours are FREE and offer a large array of information.  You will definitely get your exercise in, so wear comfortable shoes!

Teatro Colón at 1030am– the paid tour to see inside the Opera House is well worth it! 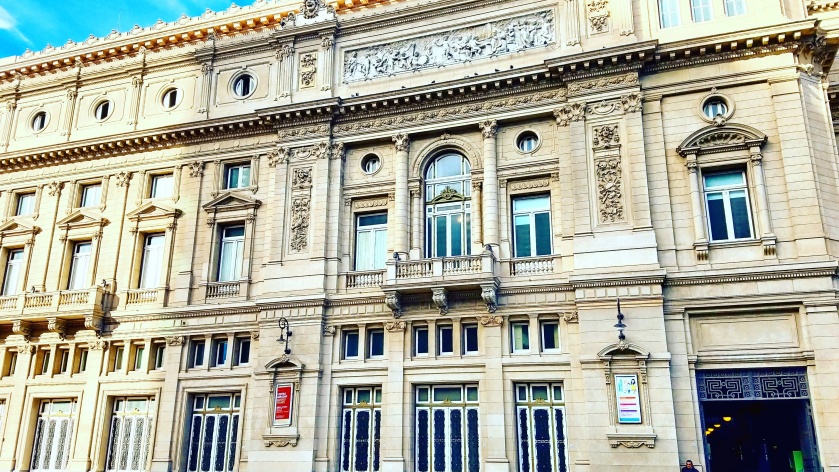 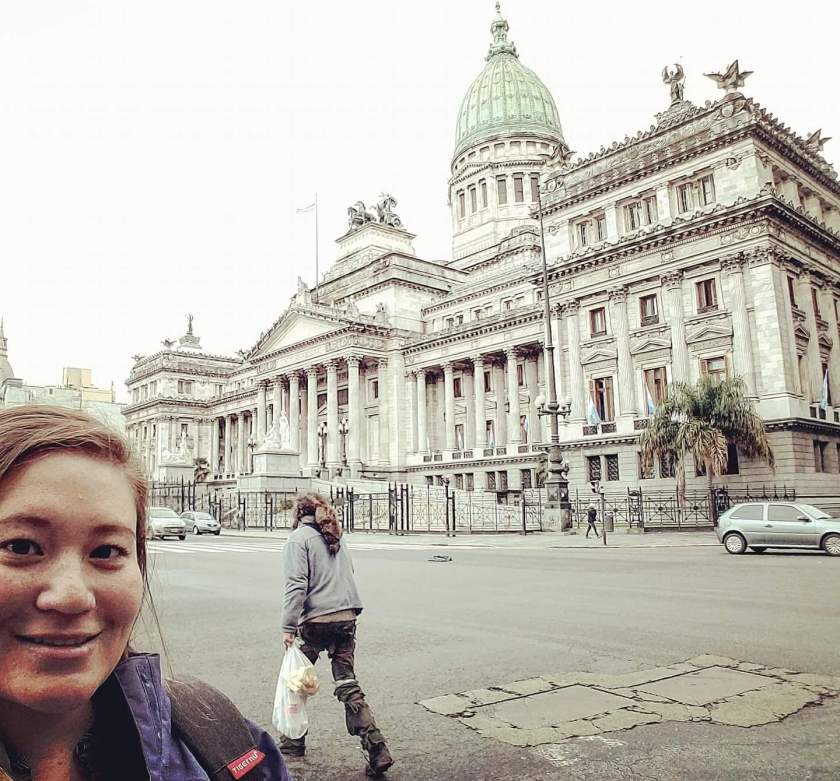 The Pink Palace is where the President comes to talk about official business. It was once also the home to President Perón and his wife Evita.  Evita was a commoner before getting married and was known as “mother of the people” as she started what we call a “welfare” program in Argentina to feed the poor.  The balcony on the left is where she made her grand speech. 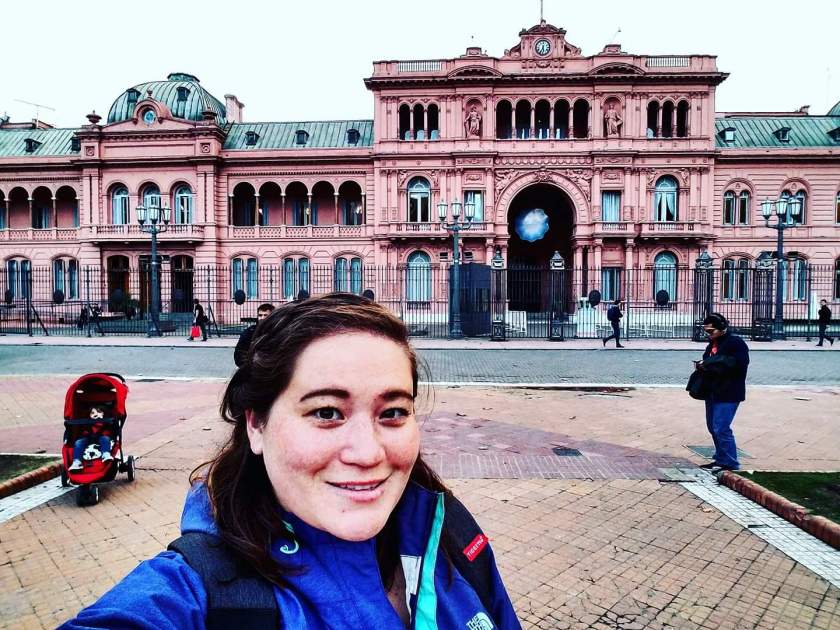 Evita Perón was the First Lady in Buenos Aires, Argentina starting in 1946 until her death in 1952 (cervical cancer). She is barried in the Recoleta Cemetery.  It is a bit of a maze, so there are paid tours that offer stories behind many of the catacombs. 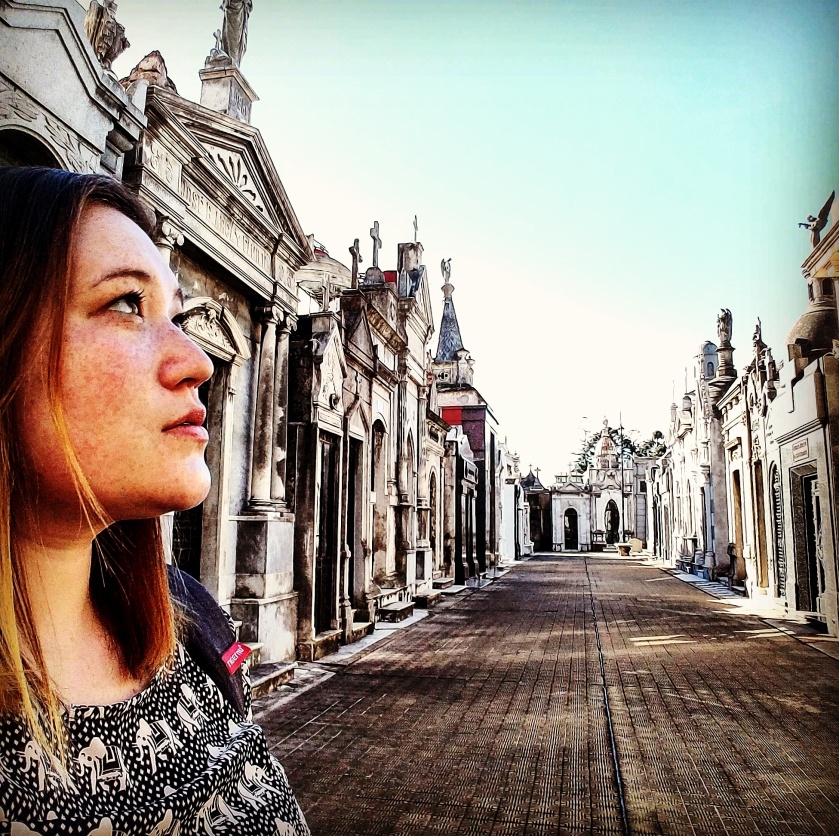 Teatro Colón (Opera House) opened in 1908 after having three different architects.  The first one died of a heart attack when only the first floor was completed, the second was killed by his wife’s lover and he had only completed the second floor, finally the third architect finished the project without dying. As a result you will see three different styles inside and outside the building. Check to see if there is a Friday rehearsal as you can get a free ticket if you don’t want to shell out the money for a full performance. 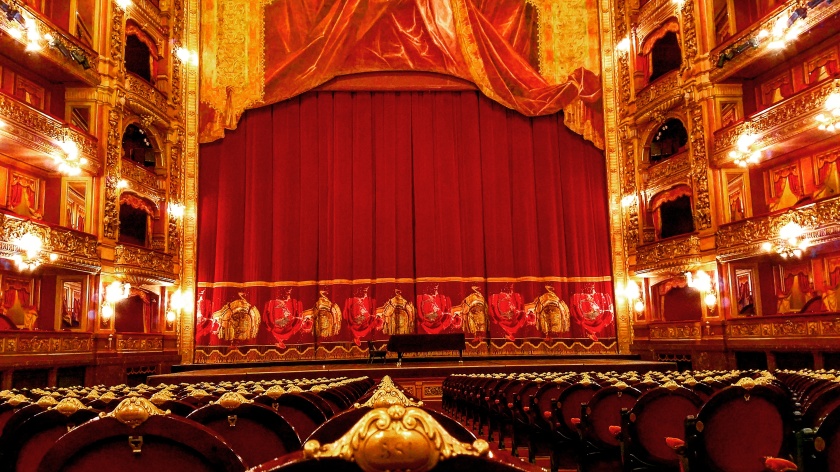 Located in the Plaza de las Naciones Unidas, the Floralis Genérica was built in 2002 by Eduardo Catalano.  The flower moves by opening in the morning and closing by the evening. It weighs 18 tons and is made of stainless steel. The park itself is a relaxing place to take food and have a picnic in the sun.

La Boca was a fun area with bright vibrant colors from the sidewalk to the buildings to the people.  Street vendors are out, tango dancers take to the streets, and the area is lined with bars and restaurants with an energetic flare. You don’t need to spend much time there, but it was neat to check out.

Tango! I was fortunate to see a a show at Tango Porteño.  It was much cheaper than some of the older tango shows, offered a drink and 2 empanadas before the show. There was a live band and multiple dance partners. I was on the edge of my seat the entire time. What a great performance! The show started at 1015pm and I was home at midnight. There is a discount to this show for those renting through airbnb. 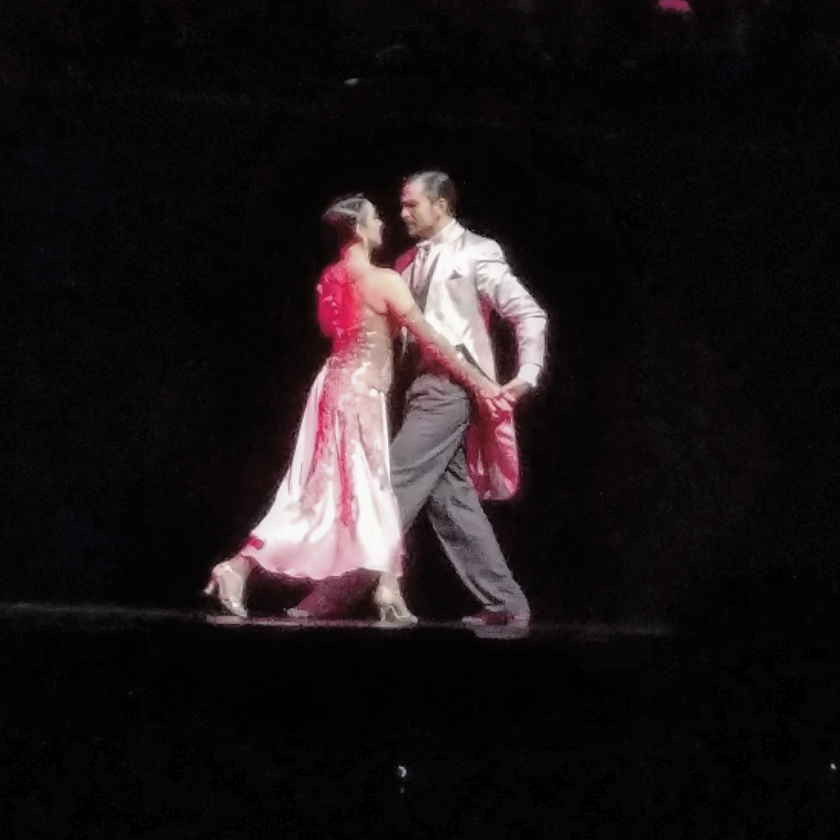 Obelisco de Buenos Aires is an iconic national monument built in 1936 and located in the Plaza de la República.  It was built in remembrance of the founding of the city. During my time there, the Plaza was decorated to celebrate the countries independence day.

Food — If there is one thing I LOVE to do when I visit a new country, it would be eat! I absolutely love to try the local food.  Unfortunately, I was sick and was worried I wouldn’t taste anything! For the most part that was true, but then I went to Peña.  I sat down and feasted on a complimentary empanada, sipped on some red wine, devoured this grilled provolone cheese, and died when the first piece of ribeye steak hit my mouth. Don’t leave without eating here!

While there were many more things I wish I could have seen, but was feeling too sick, I’m glad I pushed myself to experience the culture that is Buenos Aires, Argentina! I hope to come back for more!